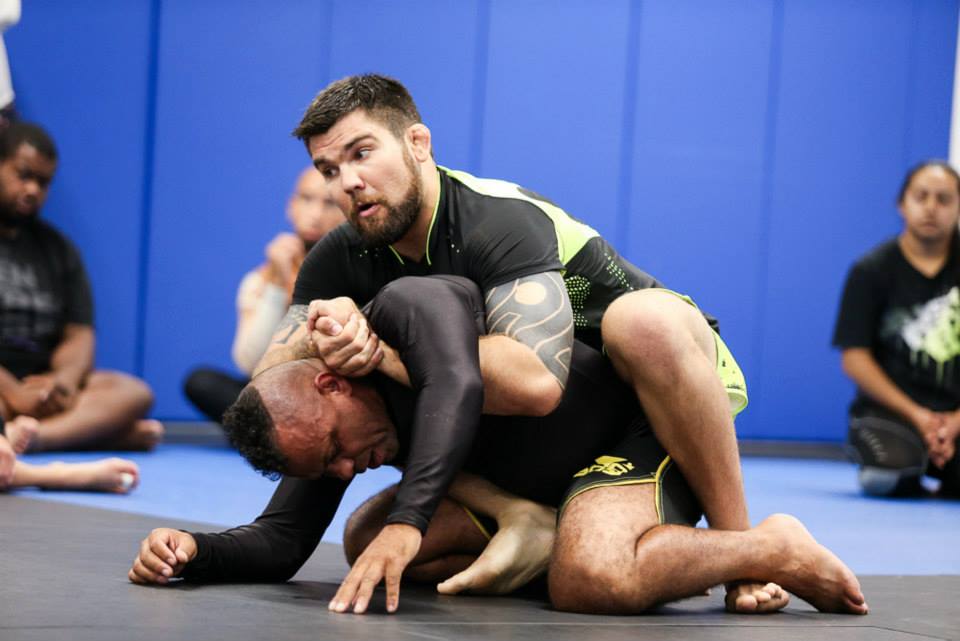 Just an hour after landing from a long flight from Japan, Robert Drysdale came to teach the Friday 5:30pm (2/16/18) No Gi class. One of the reasons I made his academy my home in Las Vegas was because of how good his instruction is, so I wanted to share some of his technique with you guys.

In this class, he covered a Butterfly Guard Arm Drag Series. Unfortunately I missed the first couple techniques being taught, but I have included me drilling all the moves and I feel you can piece it together pretty well from that.

I will reiterate a couple points here for clarity though:

He grabs the wrist with a reverse grip (thumb down and on the outside of his wrist). This makes it harder for you to yank your wrist out. Normally you would just pull up to escape. But because the thumb is on the outside, you would have to yank away – which would also give an opening to take your back.

Your other arm will be gripping high on his tricep (arm pit) and get a strong row to pull his shoulder into you. However, Instead of pulling the wrist into you as well, he is pushing the wrist towards the opponents crotch. So the opponent’s shoulder is coming towards you, but his wrist is moving away. This makes it harder for them to try to wrap around your waist and stop the back take.

Techniques in this Arm Drag Series:

A. Arm Drag to Elevator Sweep

As you hit the arm drag, scoot your hips in to your opponent as you pull them on top of you. They will become chest heavy, making their legs very light and easy to sweep. Sweep towards the trapped arm and take top position.

B. Arm Drag to Back

If your opponent yanks back and keeps their weight back, you will fold your legs behind you (towards the arm you are dragging), and pivot on your knees to get top turtle. Keeping your hook inside can slow you down and leave you stuck on the back, so the safer bet is to remove both your butterfly hooks and look for the turtle.

C. As you take the back they turn and square up with you

If they face off with you and prevent the back take, drop down their legs and run them over with a double leg.