Robert Drysdale: “When I Moved To Las Vegas, I Only Had Tournament Medals & 200 Dollars In My Pocket.” 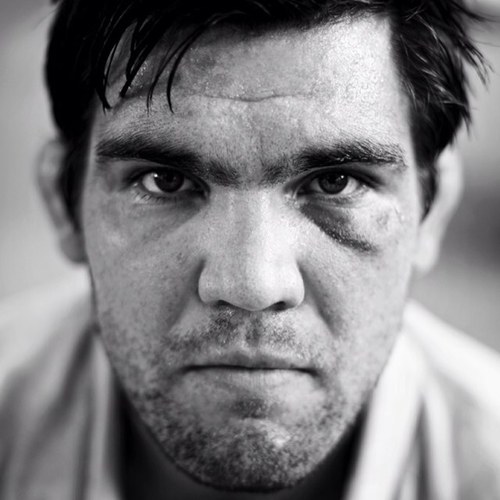 Multiple world and ADCC champion Robert Drysdale talks about his Jiu-Jitsu journey which was not always easy. From Brazil to the US:

“The Drysdale Jiu-Jitsu project didn’t begin in 2008, but in 1998 when I first met and fell in love with the art of making people tap. After seven years of teaching this art in the little town of Itu-SP, Brazil, I decided to shut down my own school, “Equilibrium Jiu-Jitsu”, to pursue new opportunities within the sport. I left behind many students who taught me more than I could ever teach them. Some are loyal to me til this day. Some were underprivileged children in the Sao Luis barrio, who are still my friends today and bring back great memories of my early years as an instructor. Through Jiu-Jitsu, I hope to have changed their lives in the same way they have changed mine.
In those days, I used to drive two hours each way to Sao Paulo to train with some of the best in the world. I did that at least three times a week for six years. On competition weekends, I would drive to wherever there was a podium and a medal to be won. Occasionally, I would drive as long as twenty-four hours, always enjoying the journey that is Brazilian Jiu-Jitsu. Sometimes, I would borrow my mom’s car, which would drive her nuts by the way (thanks and sorry, Cristina Andreazza), to drive my students to a competition, even though I wouldn’t be competing. I even paid for their gas, food and tournament registration all in the name of a dream and an insatiable desire to win, a trait of mine since childhood. Few things in life make me happier than to see my students win.
As a kid I was never the best athlete or particularly good at any sport. But when I found Jiu-Jitsu, I found something that I really wanted to be good at more than anything I had ever encountered before. This wasn’t something I just wanted to be “ok” at, but something I wanted to excel in. Jiu-Jitsu to me wasn’t about doing something that didn’t involve getting a real job while most people worked or went to school. It wasn’t a “way out”. It was, and still is as I transition to MMA, a lot more than that. It was about winning. This led me to the privilege and honor of competing against the best in the world in the most popular martial art on the planet. I lost to some of them, and I beat some of them. I am proud of every single match. Tournaments like the Mundial (JJ worlds), Brasileiro (nationals), Paulista (State), ADCC and countless other smaller tournaments bring back the best memories of my life. I actually still refer to this time, nostalgically, as the “golden age”.
Along the way I met and trained with great people such as: Steve Da Silva, John Lewis, Gustavo Dantas, Paulo Streckert, Fernando Terere, Leo Vieira, Demian Maia, Eduardo Telles, Rodrigo Comprido, Andre Galvao, Rodrigo Cavaca, Marcelo Lapela, Lucas Leite and countless other great Jiu-Jitsu artists. Training at Nova Uniao, Maromba and Brasa Jiu-Jitsu for all those years made me a better grappler and person. It made me understand the price you have to pay when you really want something.
This journey also taught me many things about people and their motivations. Some lessons I learned better than others…
When I moved to Las Vegas five years ago, I didn’t know many people, aside from a few old training partners from J-Sect and my father’s family. I literally had 200 dollars in my wallet and was sleeping on my dad’s couch (and by the way, thanks Dad). The only things I had were a few Jiu-Jitsu tournament titles, an unchanging love for the “Gentle art” and teaching it. Our gym was inaugurated in 2008, and it wasn’t always easy. We had many ups and downs until we got ourselves on our feet. For the first three years, I taught there everyday without making a penny, but I never doubted the potential of what it would one day become. Today, we have expanded the gym and moved into a bigger location. We have established ourselves as the #1 team in the state of Nevada, taking all NAGAs and Grapplers Quests (awoooooo!!! awooooo!!!!). For the past two years, at the IBJJF tournaments, we have been standing up to big and long established teams like Gracie Barra and Nova Uniao. Not to mention our MMA and Kids programs are, without a doubt, two of the best in the country (thanks Gaspar Agabin, Kristian Woodmansee, Matthew Villiatora, James Mcsweeney, Mark Beecher, and Kyle Griffin- you guys made this possible).”