Rivals On the Mats, Roger Gracie & Buchecha Team Up For Unprecedented Training Session 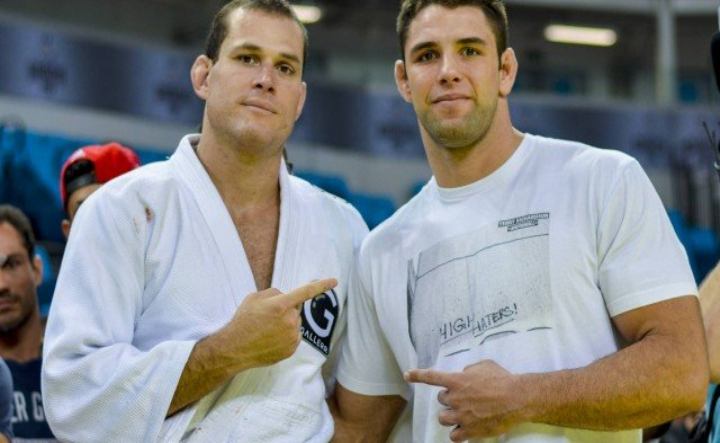 Two of the greatest champions in Jiu-Jitsu history Roger Gracie and Marcus Buchecha left their mat rivalry aside and teamed up to for an incredible BJJ summer camp between July 3 and 7 in Ibiza, Spain. They will be joined by even more stars such as Rodolfo Vieira, Felipe Preguiça and David Ramos. Roger and Buchecha will share with the camp attendees all the secrets that have made them a reference in the world of BJJ

Throughout their successful careers, Roger Gracie and Marcus Buchecha met only twice: at Metamoris in 2012 and at Gracie Pro in 2017 with a draw and a submission win for Roger.

The Ibiza camp is the brainchild of Augusto Frota, of Frota Academy in Switzerland. Frota is one of the most influential people in Jiu-Jitsu, being president of the Swiss BJJ federation and involved in various BJJ/MMA projects all over the world. 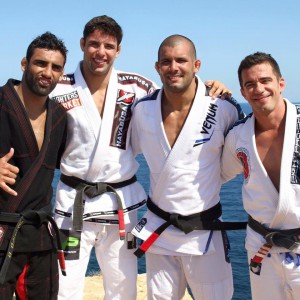 Lo, Buchecha, Rodolfo Vieira, and Frota Nogueira at their seminar in Ibiza. 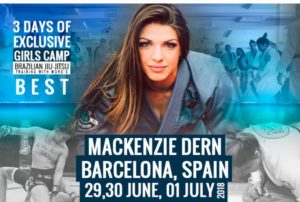 Guests will enjoy training in a relaxed and friendly atmosphere in the luxurious surroundings of one of Ibiza trendiest and most elegant resorts. Numbers are extremely limited to preserve the intimacy of the event and to ensure attendees get the highest level of personal attention from our instructors. Advanced booking is essential to reserve your space on the camp as we expect it to sell out quickly.

Private BJJ Camp has limited vacancies and is open to all nationalities and levels. Interested parties should run and register as soon as possible. For more information, please visit: https://bjj-mma-camps.com/ .

To develop a world class half guard game, you will want to check out Tom DeBlass‘ 4 volume, best-selling Half Domination series today. This series has been so popular that we wouldn’t be suprised if a Half Domination Part Two gets made in the very near future! 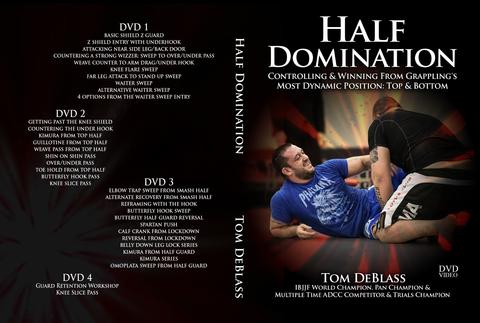