Rigan Machado Explains His Jiu-Jitsu System without Sparring for Celebrities 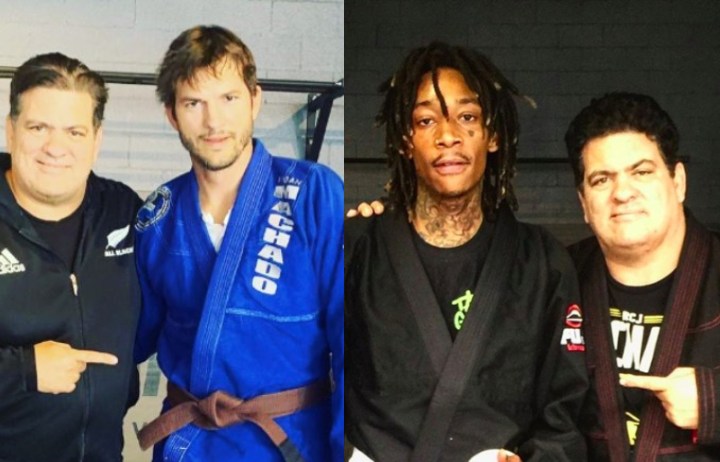 Yesterday the BJJ community light up when news came out that actor Ashoton Kutcher had been promoted to the rank of brown belt in BJJ by Rigan Machado.

Kutcher has been training for a little over 6 years and also has an extensive background in wrestling which makes sense since he is from Iowa.

In the April 2015 issue of Jiu Jitsu magazine , Coral belt Machado talked about the special program that he has designed for his celebrity students: 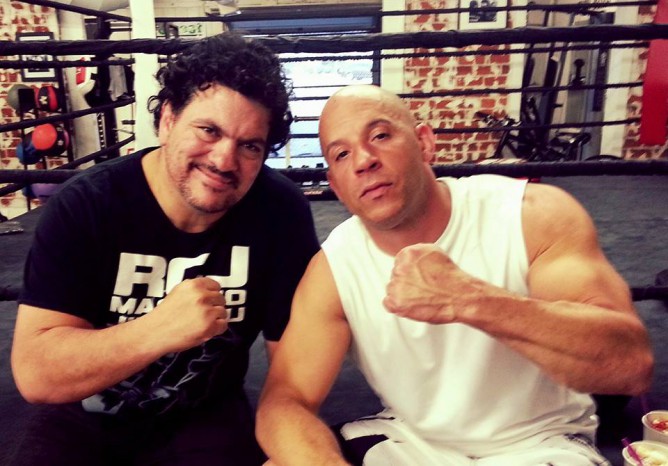 Following that interview, many members of the BJJ community critcisized that principle stating that BJJ is only effective because of training against resisting opponents (sparring). In response to the critics,  Rigan spoke to BJJ Eastern Europe about his new system specially designed for celebrities that train BJJ but can’t risk getting injured because of work commitments.

Here is what Rigan Machado had to say:

Please tell us about your system of training for celebrities. Can one really improve in BJJ with limited sparring?

I have trained many celebrities and stunt individuals which is a great way of helping spread Jiu Jitsu. It is also very beneficial for me because I learn to adapt my teaching methods based on the students requirements. Just because a celebrity can’t spar with everyone in the class doesn’t mean he or she should not be allowed to practice or learn Jiu-Jitsu. I love watching my celebrity students train because they, along with their training partners, have to flow and transition smoothly to prevent injury, something many Jiu Jitsu practitioners don’t do that. They actually learn the techniques very effectively because when they roll with their training partners, they do not try to over power each other. All my celebrity clients possess the physical and mental capability to perform at a top level. I have to be extra cautious in my sparring methods because of the students have camera commitments. In addition many of them want to spar. I sometimes also spar with my celebrity students.

Do your celebrity students that have limited sparring, still get promoted (belts) like the other regular BJJ players that spar all the time?

Also I should mention that people should be less concerned about others training methods and ranking and more worried about the time they spend on the mat themselves.

Being a brown belt with many years of training, it is highly unlikely that Ashton Kutcher does ‘flow Jitsu’. He for sure rolls like a regular bjj brown belt.

Rigan Machado gave an interview to BJPenn.com where he gave more insight on Kutcher real level in BJJ:

“For those who don’t know, Machado is known to train a few celebrities at his gym in California. So just for fun we asked the legend which celebrity has the best grappling skills. It turns out it’s Kelso from That ’70s Show. That’s right, when asked who had the best skills Machado said, “I think Ashton Kutcher.” Machado even gave a breakdown about why he thinks the star is so talented, “He’s a phenomenal wrestler, I think people don’t know, but his background in wrestling is a very high level. I was shocked.” He said that Kutcher really loves jiu-jitsu and could probably do very well as far as competing because he has the right body for it, “He has the long legs, the body size like Roger Gracie. Great balance as a wrestler.”