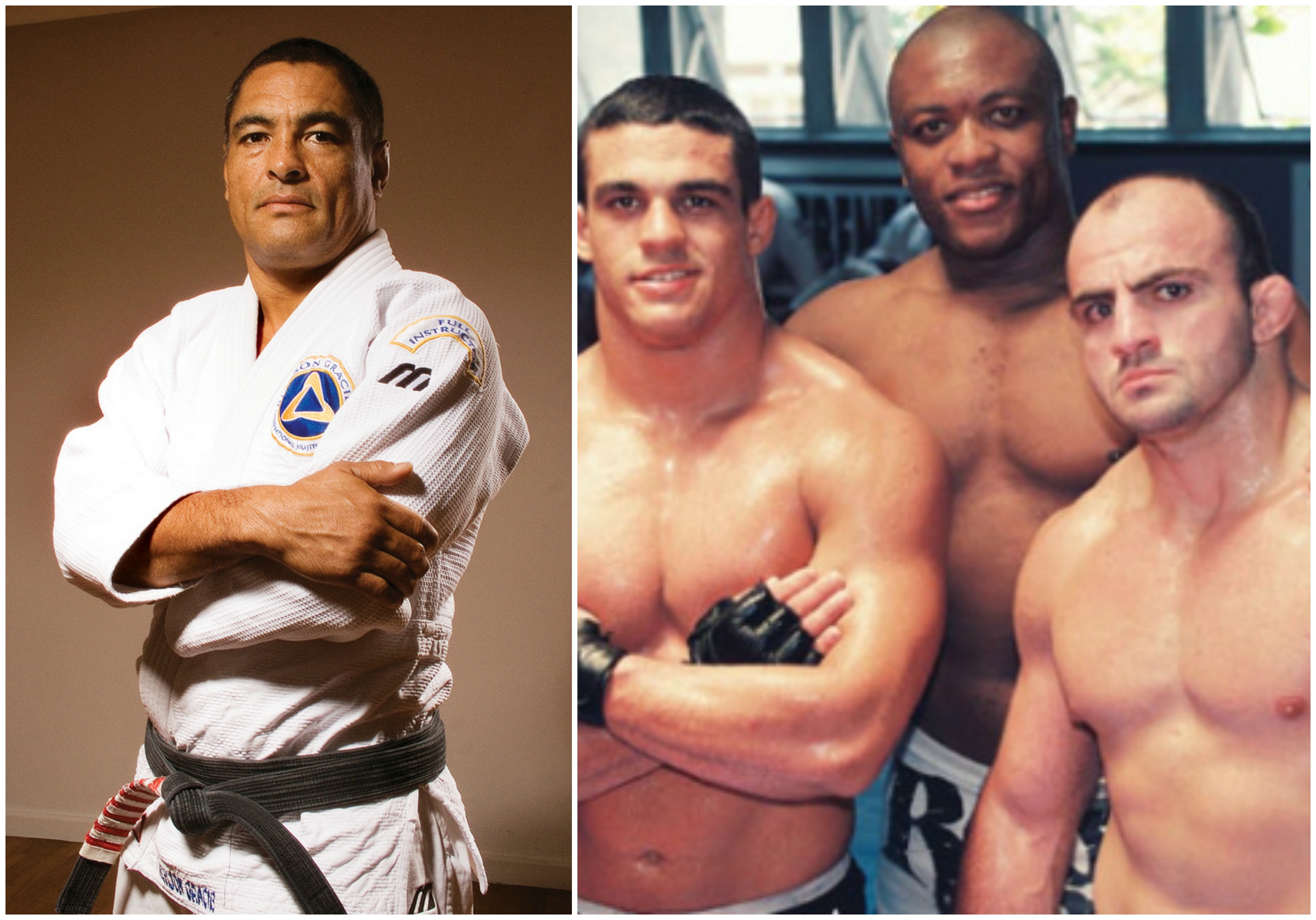 Back when Carlson Gracie decided to leave the Gracie Academy in Rio de Janiero and to teach Jiu-Jitsu to common people, a rivalry started with his uncle Helio.  He started the famous Carlson Gracie Academy and for the first time in BJJ, he was teaching group classes open to all including lower classes. Helio had previously only taught private classes at a high price and reserved for the higher classes. Carlson also allowed some poor students to train without paying but demanded full commitment in exchange.

Helio Gracie was against Carlson’s decision to teach Jiu-Jitsu to common people. As a reaction, Carlson said that he would train his fighters to defeat Helio’s sons. The famous Wallid Ismail vs Royce Gracie match was the most famous example.

In this Rickson Gracie interview from Tatame in 2005 (Interviewed by Marcelo Alonso, and translated by Roberto Pedreira), Rickson (Helio’s son) talks about his opinion on the Gracie Academy vs Carlson Gracie rivalrty:

At one point your uncle Carlson after he left the Gracie Academy was bringing up fighters to a high level to compete against the Gracie Academy fighters. Was this important for the evolution ofthe sport?
Rickson: It was a positive rivalry, it was never something negative. There was no dispute. I have always thought of Carlson as someone who is extremely competitive, someone who liked to bet on rooster fights, liked to gamble. So for him a championship was like a rooster fight, he wanted to see his rooster win…………… if it was his cousin, or family, or not, he wanted to see his student win. It wasn’t a question of satisfying his ego. He wasn’t interested in politics, the family was the most important thing, understand? I respect Carlson and have a certain admiration for his manner of living life. He created the evolution of his guys, because they felt they had potential and thought “I am with Carlson here so I can beat a Gracie.. The main strength of the Carlson academy was the guys of the Wallid type [Wallides da vida]. The Copa Company was really great, they were things that we feel nostalgic when we remember them.

Black Belt Master 6th Dan, Allan Goes is known as one of the most technical fighters under Carlson Gracie.
Goes teaches at his Gym, Allan Goes Martial Arts, in Mission Viejo, California.
Stuart Cooper recently interviewed Goes who talks about the fact that Helio was against Carlson’s decision to teach Jiu-Jitsu to common people and that Carlson Gracie is in big part responsible for popularizing Jiu-Jitsu to the masses: