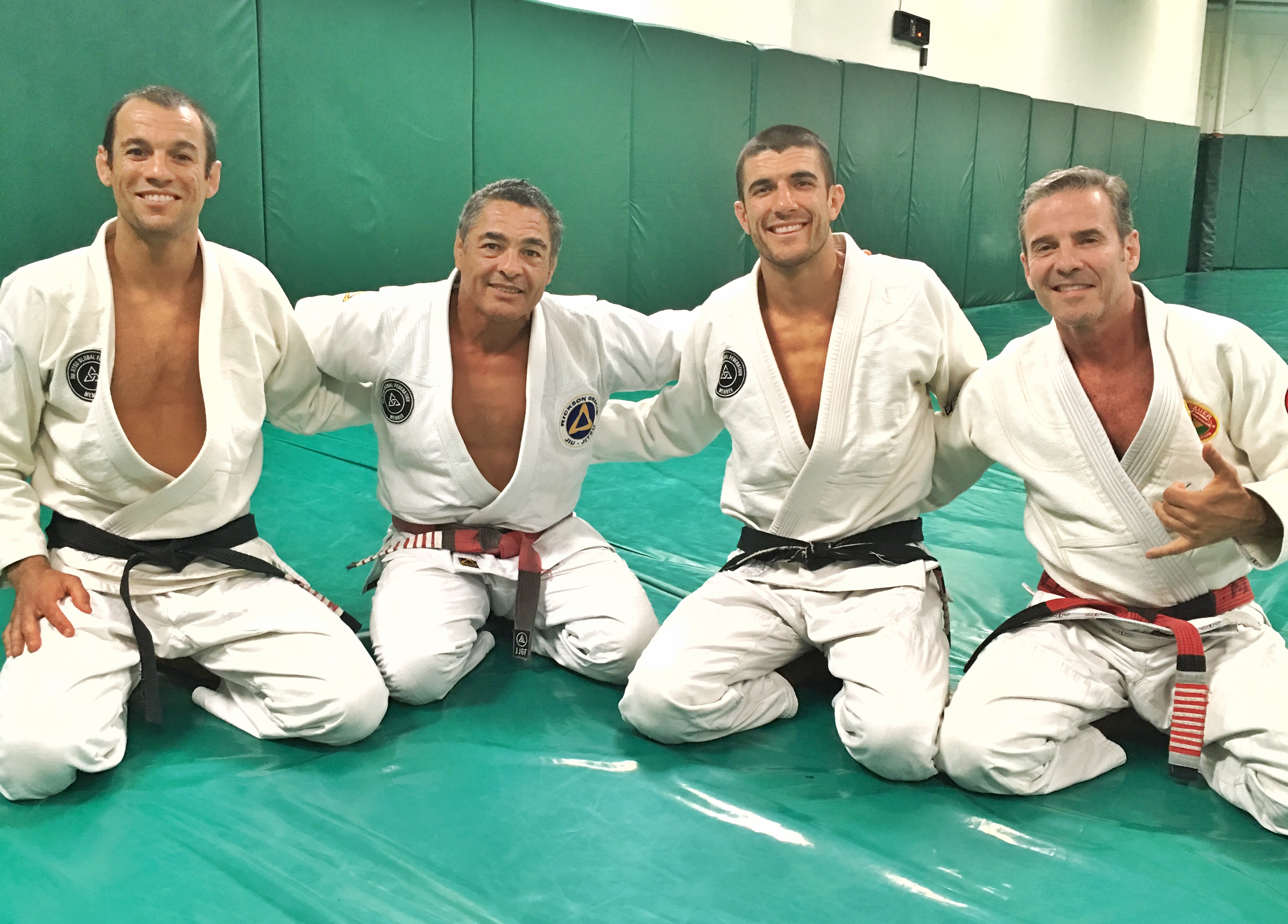 In a surprising new video, released on the Gracie Breakdown YouTube chanel, four of jiu-jitsu’s most influential figures — Rickson Gracie, Ryron Gracie, Rener Gracie, and Pedro Sauer — discuss the current state of the art and what they are doing to prevent it from “losing its identity.”

Rickson opens the discussion by sharing his concerns with the dilution of jiu-jitsu and the reasons why he established the Jiu-Jitsu Global Federation (JJGF). He recalls, in the original Gracie Academy of Rio de Janeiro, there were no group classes – only private training. Every new student exclusively learned self-defense techniques for street application. Only after demonstrating proficiency in the core self-defense principles would the student learn to defend against a jiu-jitsu trained opponent. Rickson points out that the increase in popularity of sport jiu-jitsu competition triggered a reduction in the emphasis of street applicable techniques. He believes that jiu-jitsu will “lose its identity” as a complete art of self-defense if the trend continues.

Rener adds that even the Gracie Academy in Torrance had shifted its focus away from self-defense due to the proliferation of group classes and the emphasis on training students to defeat one another instead of preparing them for the chaotic circumstances of a street fight. To get back on track, they designed the Gracie Combatives course in 2006 to prepare a new student to survive a street fight against a non jiu-jitsu opponent. They mandated learning Gracie Combatives as the starting point and foundation for every student’s jiu-jitsu journey. To emphasize the importance of these essential skills, they awarded a blue belt for course completion.

Rickson praises Gracie Combatives as the ideal stand-alone self-defense program needed to preserve the art’s original focus. He also acknowledges the effectiveness of Gracie University as a means of instruction. However, he disagrees with the award of a blue belt exclusively for self-defense proficiency. Rickson argues that the “perfect blue belt” not only knows the self-defense aspect of jiu-jitsu but is also proficient in grappling against a jiu-jitsu trained opponent. With a few “minor adjustments” to the belt system, Rickson contends, the Gracie Academy curriculum fully aligns with his vision of the perfect path for a jiu-jitsu student.

Here are the most significant changes:

No More “Online Blue Belts”
The Gracie Combatives belt is the only belt that can be earned through the Gracie University video evaluation process. The fact that the course is comprised of set number of techniques (approximately 75), which are exclusively designed for an non jiu-jitsu street aggressor, means that an experienced instructor can effectively verify a student’s proficiency visually, in person or via video upload. All other belts, including blue belt, can only be earned via hands-on live sparring evaluation at an authorized Certified Training Center.

Whether you love or hate Ryron and Rener Gracie, they are two of the most influential jiu-jitsu instructors on the planet. Their popular breakdowns and innovative instructional systems have attracted thousands of dedicated followers. Their skills as jiu-jitsu practitioners, gifted instructors, and business entrepreneurs, have carried them to enviable heights of success. For them to make such significant changes to align themselves with Rickson’s vision for the future of jiu-jitsu speaks volumes about their commitment to their family and to the jiu-jitsu community.

At the end of the video, Rickson makes an interesting comparison between the traditional martial artists he encountered in the 1980s, when he first arrived to America, and the present-day BJJ black belts who flock to his seminars by the hundreds. In both cases, he points out, the students are equally amazed by the simplicity and effectiveness of the foundational principles of jiu-jitsu. This simple fact, he emphasizes, confirms his belief that jiu-jitsu’s identity is at stake and its core effectiveness must be restored. Through the Jiu-Jitsu Global Federation, he hopes to unite jiu-jitsu’s most influential figures to ensure that jiu-jitsu does not suffer the same fate that has negatively affected almost all other martial arts.