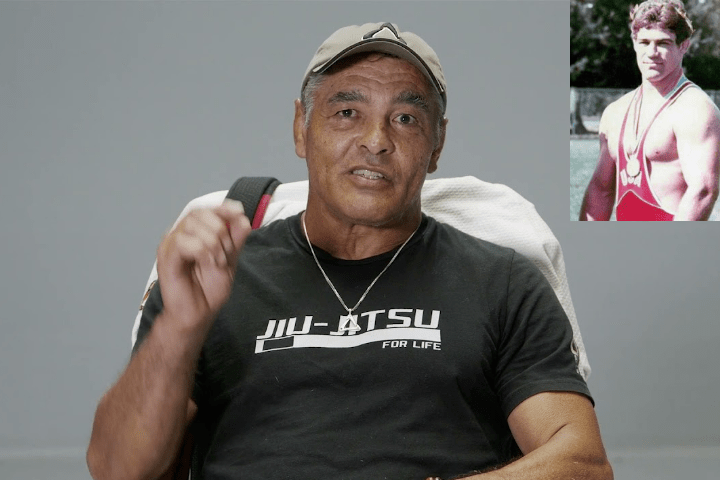 At an “ask me anything” session at Rickson Academy, a student had an opportunity to ask Rickson Gracie the following question: “Who was the toughest guy you ever trained with?”
The athlete who Rickson chose as his toughest roll wasn’t a famous BJJ name… Actually, it wasn’t a Jiu-Jitsu athlete at all. Rather, it was an Olympic wrestling champion, record holder, and UFC veteran – Mark Schultz.

Here’s what Rickson had to say about his roll with Schultz:

I trained with so many guys, you know? So many tough guys… And if I had to pick one right off my mind – because I’m not talking about skill in Jiu-Jitsu fighters, but about a tough guy who I, from point one, just felt was a nightmare to deal with.
He is Mark Schultz. He is an Olympic wrestler with whom I had experience to engage with. And it was a great meeting.

And he is a really tough guy. Even though I could make some Jiu-Jitsu moves on him, I felt like my life was [hanging on] a string. [Laughs] So I have a lot of respect for him. He didn’t know Jiu-Jitsu and we trained. It was a tough training, but Jiu-Jitsu prevailed.

Mark Schultz and Rickson Gracie rolled back in 1993, when Rickson was visiting Brigham Young University (Utah) where Schultz was the head coach.