Rickson Gracie On If Bruce Lee Was a “Legit” Fighter 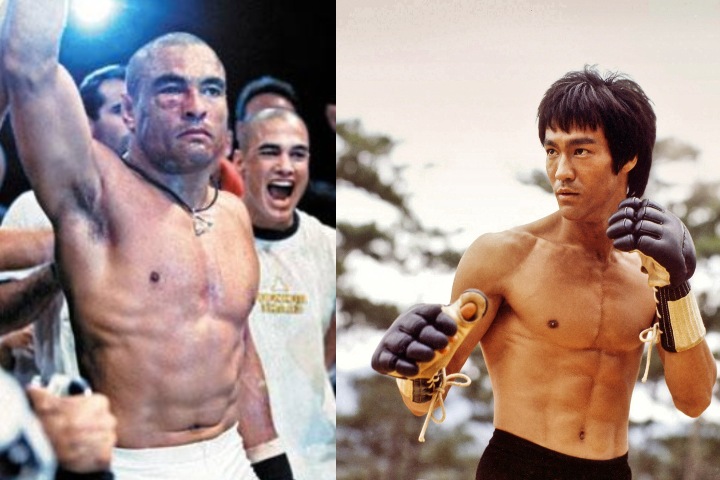 Ask any martial artist, no matter if it’s a Judoka, kickboxer, or a BJJ practitioner, who their martial arts heroes are, and, especially for the older ones, it is most likely to be Bruce Lee.

Bruce Lee was martial artist and actor who founded his own style of fighting called Jeet Kun Do or JKD. His philosophies have served as inspiration for many martial artists over the years, encouraging them to train harder and smarter, pushing them to go beyond their limits each training session.

Still some people question wether he was a legitimate martial artist and fighter or more of an actor.

When Rickson Gracie was asked what he thought about Bruce Lee, he answered:

“Even back then, he was already doing things and explaining like in today’s world. He was open to new things. Everything he spoke was the true essence of martial arts.

I think what Bruce Lee brought to martial arts were a lot of good components. His philosophy was 100% right.”

When asked about his movies and if they were a good way to showcase martial arts, Rickson, who has always showcased his martial arts in MMA fights, answered:

“I think martial arts in movies are a good thing. They showcase the art to the masses.”

You can see Rickson’s talking about Bruce Lee from 1:50:

Rickson Gracie was also once asked what he thought about Steven Seagal and if he is legit.