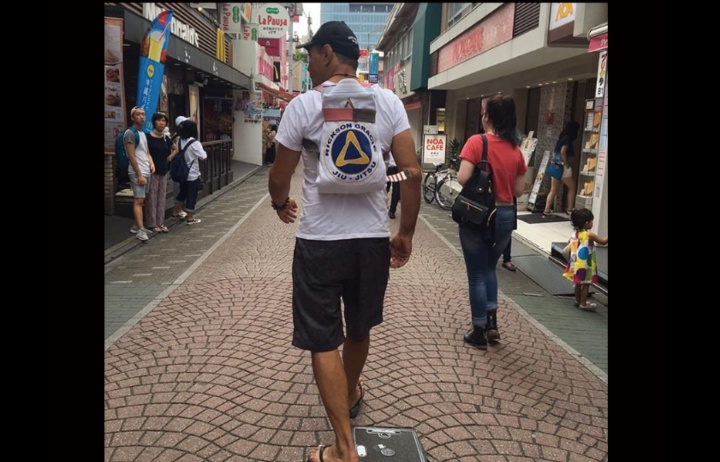 As martial artists, we are often faced with aggressive people who threaten us either verbally or physically. It’s important to know the difference between an insult like “F– You” and a threat “I’m going to b*at you up”.
Insults should be ignored but threats are more serious and are often an indication of incoming violence. That’s why we should deal with verbal threats very seriously.

Rickson Gracie talked to Jean Jacques Machado about how he deals with rude or aggressive people that yell at him or threaten him in the street.

He told the story, of the time, he had just left the academy after training and was on his way to surf with his brother Royler Gracie and he was yelled at and insulted by an angry taxi driver.

Rickson chose to take the high road and apologize to the taxi driver who had just yelled at him a few seconds before that. Royler asked him why he did that and Rickson answered:

“Man we just finished training. I am in a good mood. This guy is fat, bald and unhappy. Why would I beat him up just for a verbal insult? Just let it go.”

Royler would go on to say that this was the most important lesson that he had ever learned from Rickson.

Here is a crucial lesson on how to avoid physical conflict by talking your way out of it using verbal Jiu-Jitsu.

Another great video about the same subject is tis one: