Rickson Gracie: ‘MMA Sets a Bad Example to the Youth , Only Attracts People that like Barbarism’ 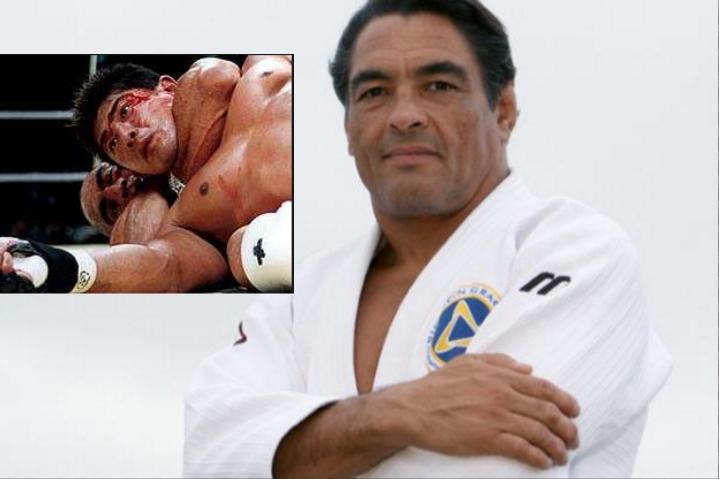 The legendary Rickson Gracie is no stranger to Vale Tudo or MMA as it’s now called. He started fighting at the age of 21 against the much bigger Zulu in a legendary Vale Tudo fight and he has retired undefeated from MMA after a successful campaign in Japan.

Back in 2012, Rickson Gracie did an in depth interview with World Jiu-Jitsu Expo that has mysteriously disappeared from their website. Luckily the interview didn’t completely disappear as ShakiaHarris transcribed it.

In the interview, Rickson was asked about his opinion of MMA nowadays. It’s fair to say that Rickson isn’t very happy about how MMA has grown, and what type of crowd it attracts.

Rickson’s son, Kron has recently had a winning MMA debut over in Japan so it will interesting to see how Rickson will guide him in his MMA journey.

“WJJE: You and your family started it all (MMA). Every fighter I’ve ever interviewed, from Kimbo Slice to Chuck Liddell, these guys all say that if it weren’t for the Gracie family, if it weren’t for them, the sport wouldn’t be where it is today, MMA wouldn’t even exist. MMA fighters have the utmost respect for the Gracie name. When you look at MMA today, do you think you’ve created a monster or do you think MMA is fine the way it is, that the sport is on the right path?

Rickson: This is what I think. I feel that MMA has moved away from what I believe is the purpose of going to a gym to train. I think there’s a philosophy behind martial arts, which should go along with training and go hand in hand with a fighter’s routine. Nowadays, the first principle is that there is no philosophy. It’s about cross training. You’ve got to cross train to be able to fight, kick, and hit. Every rule draws you to an extreme sport without a code. It’s about the individual. Nobody’s measuring anyone’s technical potential anymore. They’re measuring explosion, force, speed, the ability to withstand impact, toughness.

In my opinion, that’s something that downgrades the image of martial arts. It’s something I just don’t believe is a reference for kids. What kind of father would like to see his son in MMA? At the same time, what kind of father would not like to see his son fighting Jiu-Jitsu as it should be taught, correctly, in line, organized, learning to respect, learning to fall and get back up, learning to be kind to your opponent. Every father would like to see his son learning to defend himself but with respect, with peace in your heart. That being said, I have no interest at all in martial arts being mixed, this thing without any doctrine or concept. Today, MMA has simply turned into a circus, extreme, violent, and sensationalist, which only attracts people who like barbarianism and all that blood.

…in order to teach it to my children and be proud to say, “Do this or do that my brother because it’s better,” I fought. However, I don’t have to prove anything else now. My philosophy is to bring to Jiu-Jitsu, for those interested in martial arts, a transparent philosophy, one where he can apply it to defend himself. One he can use to teach to his children, so that his son becomes a better person within society, whether he’s a doctor or a fighter with balance, with force, with dignity, and with respect. That’s my life’s motivation. It’s not to make one, two, or five million dollars, to stick my face out there, just to be part of a circus, which doesn’t mean a thing to me. So, that’s where the situation ends.

I think MMA is just a Roman arena today, where people go to see heads roll, blood spill, whatever, and everyone applauds. In fact, you’re creating an environment there where you’re setting a bad example for young people. Because those who think that being an MMA champion, besides the money, means something are totally mistaken. Everybody likes to watch Mike Tyson, but nobody wants to be like Mike Tyson or be his student. Everybody likes to watch Frank Mir or Brock Lesnar, but everyone sees these guys’ weaknesses, while at the same time they think these guys are incredible. So I don’t think that’s what it’s all about. One lacks humility, the other has no respect for others. 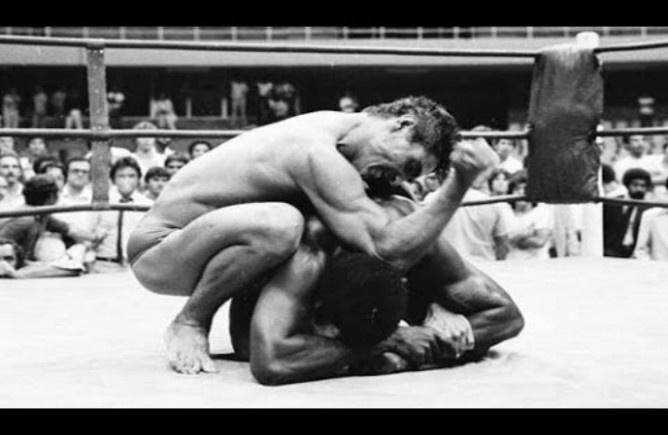 WJJE: What do you think about the rules of MMA?

Rickson: Nowadays in MMA a person with a lot of technique based on the rules is prohibited. He’s unable to use the strategy, patience, the team, the ability to use the defense right up until the moment his opponent makes an error…There’s a lot of five minute of explosions… the guy plans to give it all he’s got- strategy, stupidity- so that as soon as the five minutes are up he starts all over again for five more minutes. So, you’ve got no technique. I’d like to see one of these guys, a champion at the 205 category beat a Heavyweight in five minutes… He’s not going to win.

It’s just like I don’t think I need to be there fighting with a guy my size. I need to be there representing Jiu-Jitsu in any circumstance. I need time and strategy, and if the rules don’t allow me to hold, the referee says to get up. If the fight has been on the ground for some time, it makes no sense at all for me to fight MMA. You see a lot of MMA fights just strangling, and the fans want to see someone go down. The fans want to feel it… Honestly, I’m not here to feed fools. I’m here to represent an art and a philosophy of life that for me works like a religion.”