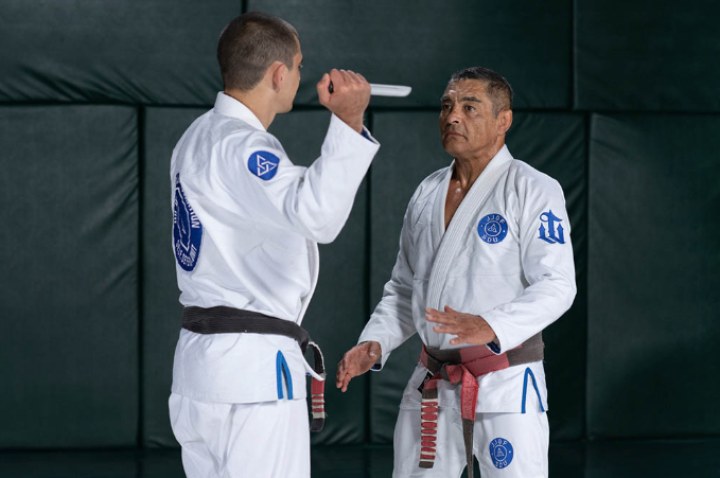 There are a few reasons why weapons training is not routinely trained. The first being that many practioners actually don’t have a primary training goal of self defense. Nothing wrong with treating BJJ as a pure sport, but they must realize that they are not learning the full art or capturing the essential core and intention of the style.

Rickson Gracie explains why he chose to cover weapons self defense in his new online instructional from Gallerr.  For Rickson, weapons training is important for a BJJ practitioner because you need to cover situations that you probably never will face, but they are still important because they also teach you Jiu-Jitsu, and they are fun to practice.