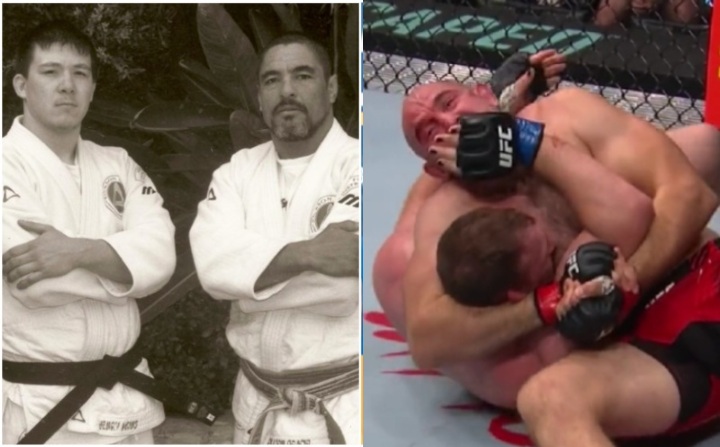 Aleksei Oleinik, even though 44 years old, has just managed to pull of his 60th (!) career win. At UFC 273, he tapped out Jared Vanderaa in the first round.
Vanderaa attempted to impose his own game against Oleinik in the opening seconds, throwing punches and even taking his back. However, Aleksei managed to reserve the position and acquire the feared Scarf Hold position. He squeezed hard and, after trying to resist for a little while, Vanderaa tapped out.

And not only that… But, according to the people who were near the octagon, Vanderaa vomited into a bucket after being submitted.
Watch the gnarly submission take place on the video below:

Henry Akins, a Rickson Gracie black belt, shows you how to set it up, but in his words, more efficiently:

“The way that he held the position forced him to rely on pulling up with his arms to apply pressure which dramatically fatigued him and which also meant he couldn’t apply continuous pressure to get the tap. Here’s the video I promised which covers some of the details of the scarf position which makes holding and finishing much more efficient.”

For kesa gatame/ scarfhold torture, look no further than JOsh Barnett. He submitted Dean Lister with that exact same move.
Many Jiujiteiros think that transitioning from a “normal” Side Control to Kesa Gatame means to simply “throw” their arm around the opponent’s head. However, if you do this, the opponent will most likely get an underhook on you… Which is a big no-no.
Therefore, as Barnett emphasizes, you should first slide your forearm against the opponent’s arm. That way, you’ll negate them their underhook efforts; all the way up until you decide to make your next move. While there, use your other arm to lift up their head from the mats even more.

Now that you’re in this position, your next move is to shoot that arm through and switch your hips towards the opponent’s head. Slide your leg towards their head and clasp your hand over your thigh to make the other person extremely uncomfortable.
You’re now in a Kesa Gatame position. Position your first leg to “12 o’ clock” and your bottom leg to “3 o’ clock” in order to gain stability; and drive your bodyweight on top of the opponent’s torso.

To see how to do this painful transition in action and to check out an easy to use Armbar finish from Kesa Gatame, check out the video below: 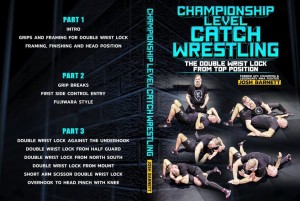