Reverse Triangle From Side Control Using the Magic Skirt Grip 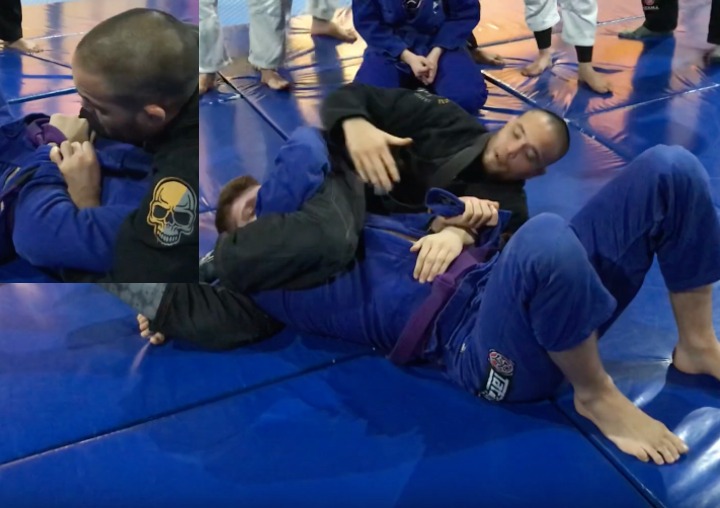 You can usually set up the front traingle from a spider guard or from a lasso guard etc.

Enter the side triangle using a skirt grip…

BJJ black belt Gile Huni of Kimura BJJ Serbia shows a great set up that will surely catch your opponents off-guard. In this video, he shows a very simple set up wihich is used more often in Judo than in BJJ. Gile starts from side control and traps the opponent’s arm using their own skirt.

He backs his hips towards his opponent’s arm pit, forcing the arm up. From there he locks in the triangle. From there, it’s done… He has multiple submission options from a reverse triangle to americana shoulder lock to a wrist lock to a kimura….