Renzo Gracie’s Unstoppable Counter to Over Under Pass 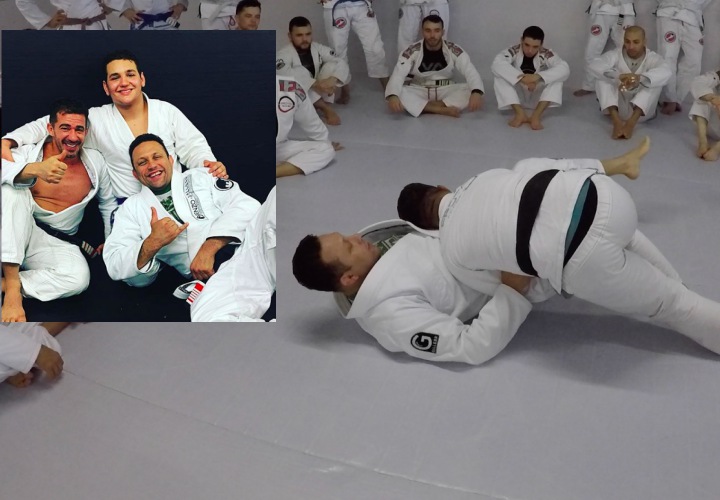 BJJ’s most loved figure Renzo Gracie was in Zurich, Switzerland at the Frota Academy where he held a fantastic seminar.

Bjjee’s editor Gile Huni was present and even had the chance to roll with Renzo:

Renzo showed the students a fantastic array of techniques and told countless funny stories from his career fighting and competing all over the world.

One of the techniques that blew away the crowd was this simple counter to the common over under pass.

Renzo relies on his opponent pushing forward and controlling his hip. He then stomps his leg down trapping the arm and shoulder and then hip escapes to the side comes up on his elbow. This sweep has a tremendous amount of leverage.

Because of this, after a while, they stopped trying to pass me with over-under…”