Renzo Gracie On Dealing with The IOC To Bring BJJ To The Olympics: “You have to pass all control to them…The next thing you see, they own the sport..” 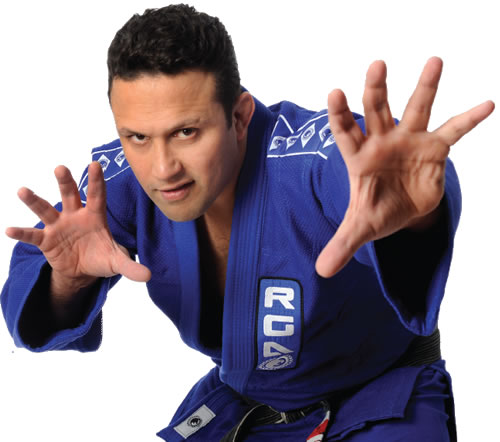 Despite the grand commercial success jiu-jitsu has enjoyed in North America and worldwide over the last 30 years, the sport will likely never achieve the recognition and legitimacy Olympic underwriting provides. The simplest explanation is that despite public statements by promoters, noteworthy black belts or even new grapplers that the sport deserves Olympic sanctioning, none of them really want it.

Things weren’t always so gloomy. There was a moment when FILA and several luminaries and leaders of the jiu-jitsu community wanted to work together to make Olympic inclusion happen.

“The story goes like this. Interested in some form of jiu-jitsu or no-gi grappling becoming a part of the Olympics, members of FILA partnered in 2007 with representatives of Abu Dhabi Combat Club (ADCC) to form an exploratory committee to determine if there was a way to make the project happen.

According to Jason Townsend – FILA World Pankration, Grappling and Mixed Martial Arts Committee member and attendee at those meetings – things never got going in the right direction. FILA’s representatives, while not issuing ultimatums, articulated their view that Olympic sanctioning only happened through them. After all, FILA is the major international governing body regulating nearly all major forms of wrestling including freestyle and folkstyle and oversees national governing bodies like USA Wrestling. FILA operates with authority vested in it from the IOC and SportsAccord.

ADCC’s representatives, while initially interested in working with FILA, bristled at the idea and ultimately and publicly cut off ties with FILA. “We had several meetings and discussions but ideologically we were far apart and could not reach an agreement, especially when it came to rules and the direction of the sport. As a result of this Highness Sheik Tahnoon Bin Zayed Al Nahyan, Guy Neivens and Renzo Gracie have all resigned from positions with the FILA World Grappling Committee,” said then-ADCC Spokesman Guy Neivens. “We have a strong organization with several Federations in Europe and expanding quickly in other parts of the World as well. We wish FILA the best, but at this time we are going our own way!”

“You completely lose control,” Renzo Gracie says. “You have to pass all control to them. You’re investing and making a sport grow and the next thing you see, the guys are the owner of the sport. Basically we’d be under Olympic tournament. It’d be difficult.”

Townsend admits the strong personalities of both FILA and ADCC was like “trying to mix oil and water”. That ultimately torpedoed the effort. Still, he maintains, nothing’s changed since those meetings. FILA is the only way through the Olympic door. Organizations like ADCC “[don’t] really have any legitimate amateur protocol in place, structures and those types of things. I believe they’re trying, but they’re still looking at it from a business perspective and not an amateur sports perspective.”

Gracie isn’t just apprehensive about handing over control of the sport, but also how the sport of jiu-jitsu itself could be changed in the process. He says the story of judo is a cautionary tale in how Olympic inclusion can transform the very nature of the sport.

“The fact is, by judo being an Olympic sport, it stops being a business and becomes like a school, a training field in order to build Olympians,” he says. “It becomes hard for Olympians to generate money. Even someone who gets the gold medal, it’s a hard time to generate money out of that.”

Rather than catering to the general population, Gracie says making jiu-jitsu an Olympic sport would force it to cater almost solely to its elite athletes.

“We have a part of the jiu-jitsu community who wants to see [the sport in the Olympics] and actually the majority don’t want it. Because they believe we’d be treated like judo and in the end, a lot of people would lose their way of making a living like wrestling in the United States.”