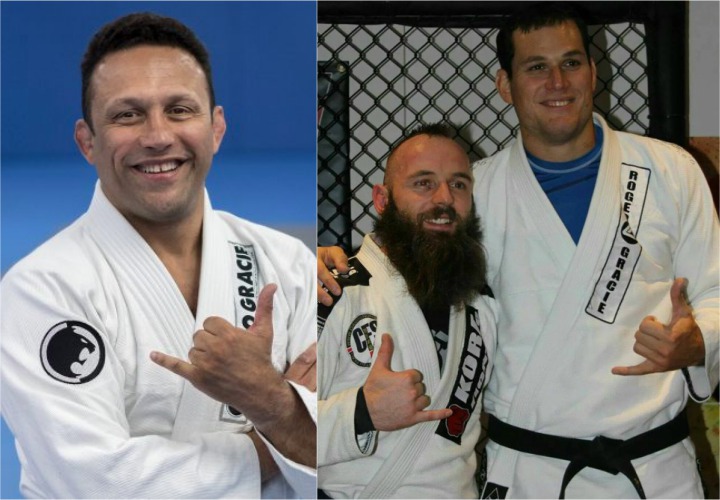 If you’ve been training Brazilian Jiu-Jitsu long enough, you have probably noticed many practitioners using the Hang loose/Shaka Symbol everywhere, when posing for pictures, when saying hello, for saying yes.

Why Do We Slap & Fist Bump in Jiu-Jitsu?

The shaka sign, sometimes known as “hang loose” by outsiders, is a gesture of friendly intent often associated with Hawaii, and surf culture. It consists of extending the thumb and smallest finger while holding the three middle fingers curled, and gesturing in salutation while presenting the front or back of the hand; the hand may be rotated back and forth for emphasis. The shaka sign was adopted from local Hawaiian culture and customs by visiting surfers in the 1960s, and its use has spread around the world. It is primarily used as a greeting gesture or one to express thanks from one individual to another. 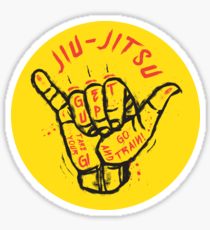 Along coastal Brazil, the shaka sign, known as the “hang loose” (also derived from an eponymous clothing brand, which uses the shaka as a logo), is a common gesture; Ronaldinho usually celebrated the goals he scored by giving the crowd a double shaka. It is also associated with the Brazilian jiu jitsu community internationally. Source wiki 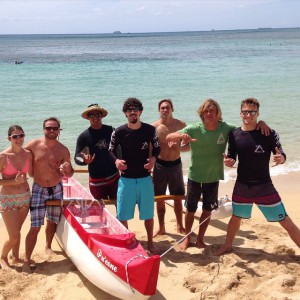 So did this symbol which is used a lot in Surf culture, infiltrate BJJ through surfers that also rolled?

Not according to Renzo Gracie!

BJJEE interviewed Renzo Last weekend at the Frota Academy in Zurich and he gave an interesting revelation about the true origin of the Shaka in BJJ:

“Many people think that the Shaka/Hang loose sign was used by Jiu-Jitsu fighters because it was imported by surfers that also trained Jiu-Jitsu but that simply isn’t true. Before the Shaka, BJJ fighters would just do a regular thumbs up. I was the one responsible for popularizing the shaka in Jiu-Jitsu. When I fought and knocked out Oleg Taktarov in a bare knuckle MMA fight in 1996, I broke my hand. Every time I posed for a picture after that, I wanted to do a thumbs up but since my hand was broken, the pinkie kept going out so it looked like a shaka (laughs). Next thing you know, alll the Jiu-Jitsu guys started doing the shaka (laughs)

Some people might think that BJJ people before that but that simply isn’t true… This happened way back in 1996. Most people reading this weren’t even training BJJ back then, and some weren’t even born. 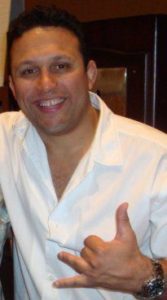 Renzo told us the story:

You can see the impact of the punch that broke Oleg Taktarov’s hand: