Rener Gracie Shows How to Defend the Shoelace Strangle from Behind 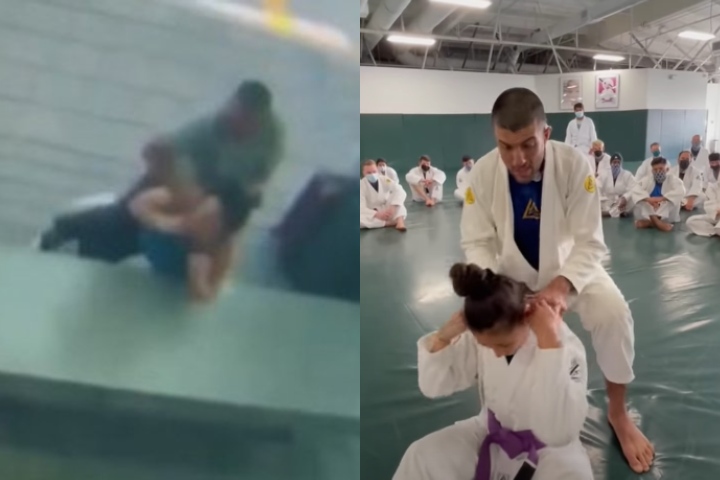 Last weekend, Police arrested a Charlotte-area man who tryed to strangle a woman with a shoelace at a bus stop at Miami International Airport.

In the graphic video, the man stands near the woman and appears to take off his shoelaces. The woman is seated and talking on her phone.

Some people blame the woman for being on her phone. Not only is she not to blame, she responded amazingly well, as did the civilian who intervened.

In this video, Rener Gracie shows how to defend such a situation: