Rener Gracie: “Overreacting Is a Front for Not Knowing How to Fight” 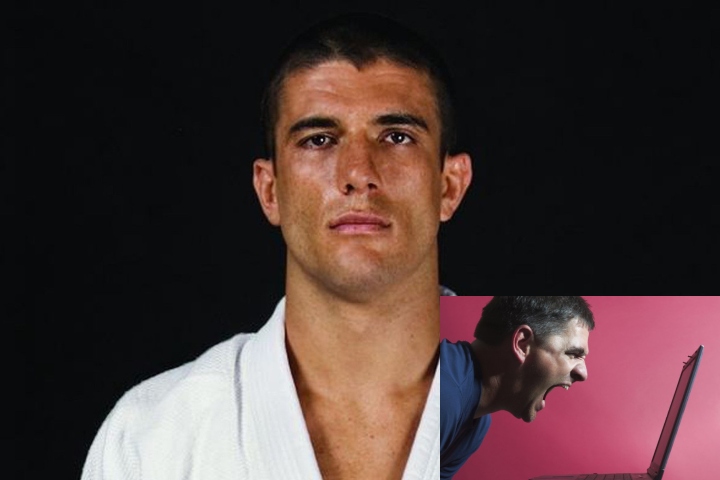 Ever seen a person overreacting over something that could’ve been solved in a much more productive way? Of course you did – situations such as that one happen much more often than they should. However, the biggest problems arise when a person who overreacts brings a physical confrontation upon themselves and others.

Rener Gracie was a guest at the Art of Manliness podcast, where he discussed the issue in length. He reminisced about a family member and the situation he found himself in:

I know of a guy who’s like an uncle of mine. Who’s not a Gracie uncle, but is on the other side of the family, who was at a sporting game. And an incident happened where some guy was sitting in front of him and was using some very loud language. Very inappropriate language… And was just talking and cussing and cheering – one of those fans who are just out of control, right?

And then this man, in this situation, he was… He’s married to a relative of mine, but he’s not a Jiu-Jitsu master and has no training, right? So he didn’t really adopt that lifestyle. So he’s married to a Gracie, but he’s not a Gracie.
In response to this inappropriate behavior of the man in front of him, he got up and he just went freaking ape wild – in terms of loud yelling, in just way beyond the reasonable threshold of interaction. And my family member who was with him somehow calmed him down. He intervened and stopped anything from boiling over.

Later on, the family member who calmed the situation down told Rener that his uncle was afraid:

And later, the family member confined in me and said that he [the non-Gracie] was scared and he doesn’t know how to fight… So he just went so wild with his words that he felt that would prevent the fight from ever happening.
And I can see how someone can think that, right? By overreacting and acting crazy. But the other subject, on the other side, if that went uninterrupted – maybe they would have fought. The subject on the other side would be offended by his over aggression and would have seen that his aggression was a front… And you can tell that, right?

Rener went on to explain that overreacting is a form of fear and that the truly dangerous people don’t do it: