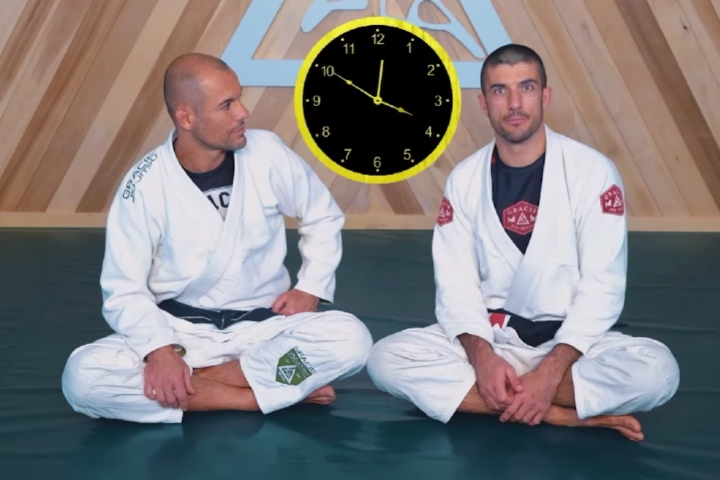 Most of the techniques can be used only in specific situations in Jiu-Jitsu… But some of the principles can be used in whichever situation and position you find yourself in. Such as the so-called “Clock Principle”.
It’s a principle which will be of use to you both in offense and defense alike, one that will make it possible for you to improve by leaps and bounds. And no, it’s not a magic trick and it will take a lot of practice to get it right.

Rener defines the essence of the Clock Principle as follows: “By disrupting the anticipated timing of your opponent’s techniques or objectives, you can take control over the outcome.”
What this means is that you can manipulate the technique your opponent is about to use; by disrupting the time it takes them to execute it. And you can do this by either speeding up or slowing down the time it takes them to get it done.

For instance, if someone’s in Side Control and you know that they’re likely to transition to some other position… You can be certain that they’ll need to create some space first. And by creating that space, they’ll need to invest time; so, by blocking their arm (for example) before they make their transition, you can slow them down and retain your guard.
Watch the video below to get more of an understanding so as to what the Clock Principle can do for your Jiu-Jitsu progress: