Released by the UFC, Ronaldo Jacare Plans To Open a Huge BJJ Academy in Florida 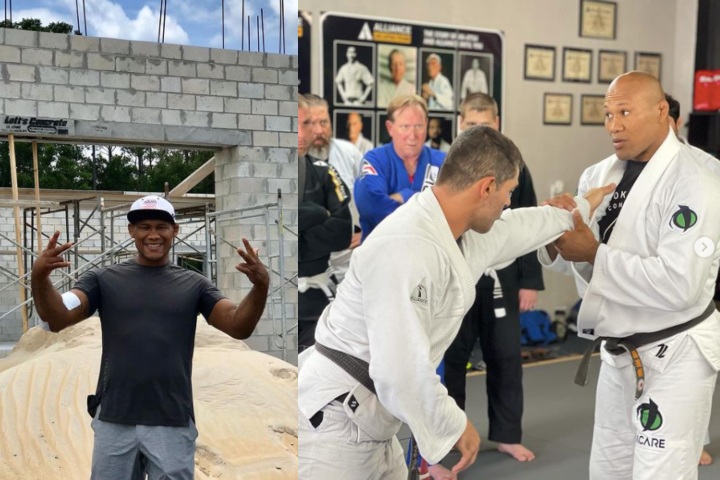 Signed by the UFC in 2013, Ronaldo Jacaré is no longer part of the organization’s athlete roster. This Thursday, the website Sherdog confirmed that the Brazilian fighter became a “free agent” after the UFC chose not to renew his contract, which ended last Saturday, when the Brazilian fought at UFC 262, in Houston, Texas and was defeated by André Sergipano in the first round.

In his last fight on his UFC contract, Jacaré spent less than four minutes inside the cage. Shortly before the end of the first round, the Jiu-Jitsu black belt world champion succumbed to a perfect armbar by Sergipano and suffered the first submission in his MMA career. Even worse, Jacare had to undergo surgery last Monday after suffering a fracture in the humerus bone that connects the scapula.

The setback was Ronaldo Jacaré’s fourth consecutive season in the UFC. The losses were from Jack Hermansson, Jan Blachowicz and Kevin Holland, respectively. At 41, the fighter has a record of 26 victories (14 of them by submission) and 10 losses in professional MMA, in a career that began in 2003.

BJJ world champion and UFC contender Ronaldo “Jacare” Souza has made the announcement on his official Instagram account that he will soon be opening his first ever BJJ academy in Orlando, Florida.

This is great news for all Jiu-Jitsu practitioners as Jacare is a legend of the sport who left relatively early to pursue an MMA career.

“I am so happy to say that I have just started the project of my BJJ Academy. I am so thankful for @crisgusmao.usa expert designer for having embraced this project with me . She is doing an amazing job .
Coming to Orlando soon : Ronaldo Jacare BJJ Academy.”

In a recent interview with Sherdog, Jacare said that his academy is set to open in September.

“It’s going to be a 4,000 square foot jiu-jitsu dojo in Orlando. I have no doubt it’s going to be among the most beautiful BJJ academies in the world. If MMA fighters want to train here, they will have to put the gi on.”

He talked about his MMA career:

“I never made any important decision in my life overnight. I’m still strong and healthy. I’m not retired yet.”

A few years ago, Jacare even said that he’d probably make more money running a BJJ academy and affiliates than fighting Pro MMA:

Jiu-Jitsu teaching a class in English:

It is still not clear whether Jacare will continue his MMA career, or retire and focus on teaching Jiu-Jitsu and maybe even competing in Jiu-Jitsu once again.