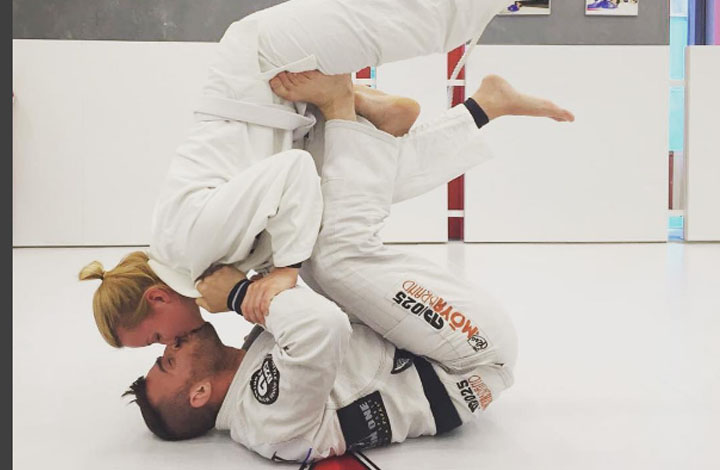 Grappling is often so consuming it compares to having a 2nd full time job. As such a significant other or a friend will often try to undermine or redirect your attention to something else.

There are several ways to approach this if you’re serious about your grappling but most notably you will come to a place where you will often have to remove the destructive influence from your life. This is the advice Tom DeBlass offered on the topic:

“Whoever they are, if they don’t support you in your goals. Learn to remove these people. Let’s say you have a training session early Saturday morning and your boyfriend/girlfriend is trying to tell you don’t worry come out this Friday night, it’s ok we’ll get home at 3 AM, you’re young you’ll be fine, you’ll recover. Don’t worry about Saturday’s training – These people don’t care about you.

And you need to remove them from your life. Because a real friend, or a boyfriend or girlfriend – anybody in your life that has any kind of significance is gonna tell you listen, don’t come out this Friday, do what you gotto do you’re training early tomorrow morning I want what’s best for you”

If you’re younger than this is especially pertinent for you. Many destructive influences have a much larger power over us when we’re young. And here’s another particularly great point:

Respecting personal differences is an important aspect of any friendship or relationship. It’s natural not to agree a 100% of the time. And to have different interests too. As long as there’s mutual respect and support you’re on the right path.

A person you’re involved with romantically might also care about the hours invested in jiu-jitsu – but there is another way to look at this. As long as your time investment into your romantic relationship is larger or focused on quality time you shouldn’t have a problem. It’s quite another story if you doze off in front of the tv with your SO following a 2 hour practice session. Both grappling and relationships are work and you have to make ends meet!

Don’t just expect the other person to be invested in bjj as much as you are either so maybe you shouldn’t talk about it so much when you’re focusing on quality time. As long as you’re engaging and supportive of other people’s interests they will be, in turn, supportive of your interests.

Oh yeah, and arguing it’s good for your health – that one will probably get you nowhere really fast!

Communication and compromise should always be your first go to option, and if all else fails perhaps it’s time to terminate that particular contact.