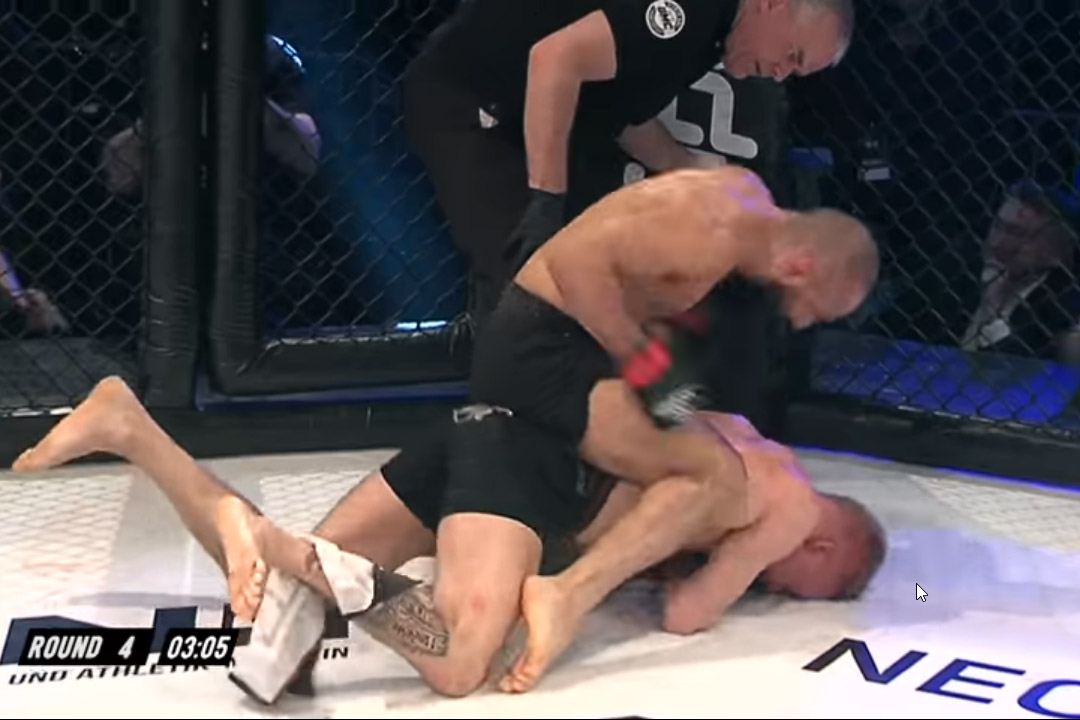 To throw down a towel isn’t really a common occurence yet it still happens. However what is rare is for the ref not to acknowledge this which is exactly what happened at a German MMA event:

The crowd went wild, the ground and pound continued and unfortunately for all parties involved the ref was last to put a stop on the gruesome beating Felix Schiffarth received from Ömer Solmaz.

Watch: MMA fighter ‘knocked out’ Without being Touched

The event also featured a flying punch ko – to a wannabe grappler waiting for opponent to engage: