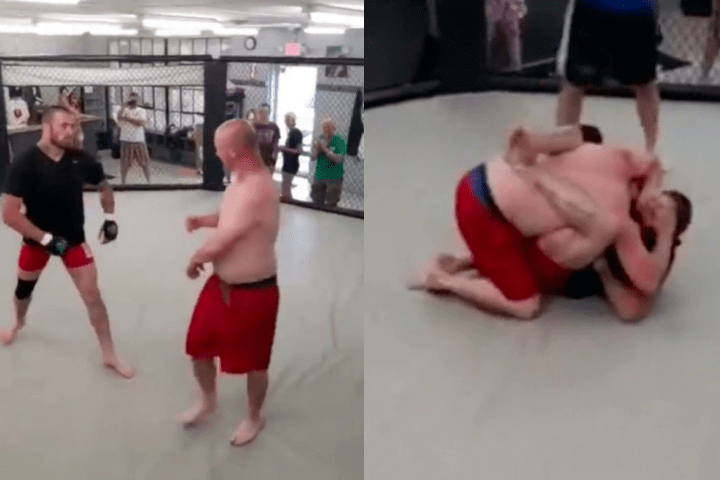 You’ve probably been guilty of it yourself. Before you began training Brazilian Jiu-Jitsu (or any other martial art), you must’ve thought that you’ll be able to do at least something against the people who train. That is: “Surely I’ll lose, but I can put up a good fight and just use my mindset. He who dares, wins! Right?”
Well, not quite. As you’ve started training, you’ve figured out that the people who began training before you can pretty much dismantle you if they wanted to… But some people don’t even have that beginning level of respect for the sport – such as the redneck “street fighter” on the video below.

While it’s unclear so as to what led to the fight, the video shows two men in a cage. One of them is a trained mixed martial arts fighter, whereas the other one is who is said to be a “redneck street fighter”.
As the match begins, the street fighter shows off a classic display of an untrained individual. His hands are down, he’s moving in an uncontrolled and aggressive manner, without any coherence to his movements. The MMA fighter, on the other hand, is moving as you’d expect him to.

After a kick to the head, few strikes and knees to the head and body, the street fighter is caught in a Guillotine – and gets choked out cold.
Watch the fight here: