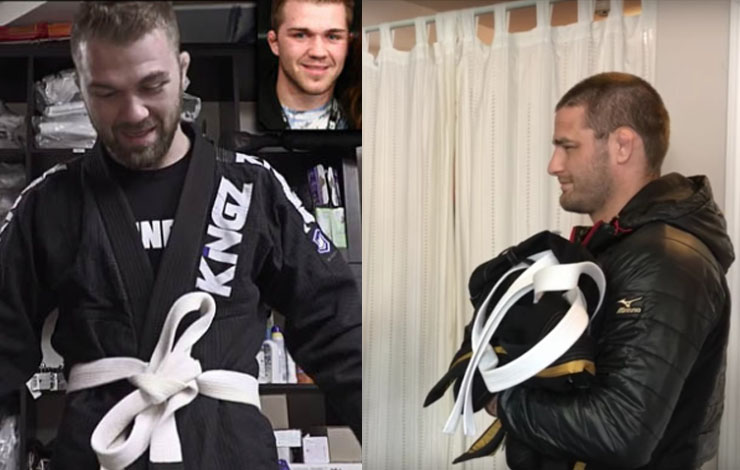 In honor of today’s festivities here are some of the biggest classics over the years:

A jiu-jitsu classic perhaps old as time is pretending to be a rookie. Here’s how it went for UFC bantamweight and then Miesha Tate boyfriend Bryan Caraway

He wasn’t the only one, there was also Travis Stevens. The Olympic silver medalist came and dazzled with his skills:

Not to be out done there’s also Alex Vamos:

Then there was Shaquile O’Neal

Gentry revealed the disturbing “prank” details in a recent interview.

“The thing that he did that he got to be notorious for is that, every few days or every week or so, he would decide that it was time for this Brazilian naked wrestling contest.

You would never know who the chosen one was, but what would happen when you least expect it, this 7-foot, 310-pound guy would turn the corner, and he would be stark naked and he would run right at you full speed, grab you, he would take you to the floor and then he would do about five rollovers with you. And he would always tell our trainers who it was going to be, so they were always prepared for it, but you never knew who it was going to be.”

Even the coach was a victim of Shaq’s pranks:

“Yes, I was a victim of this. I had to go to therapy a bit after that.”

And of course the karate kid bit!