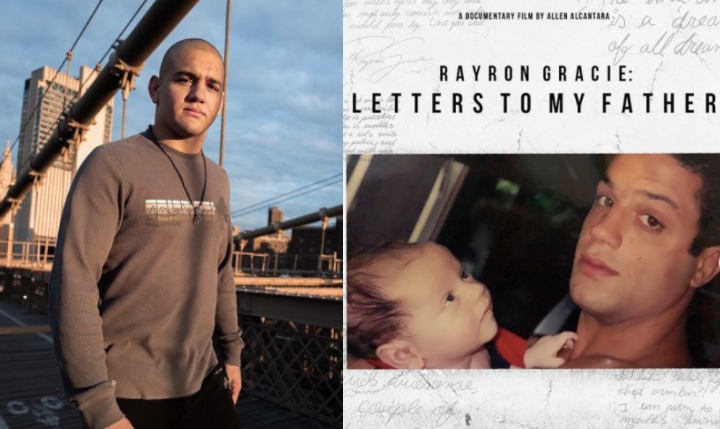 The documentary “Rayron Gracie – Letters to My Father” focuses Rayron Gracie’s delicate process to understand the passing away of his legendary father Ryan Gracie.

Rayron now a successful purple belt and world champion at blue belt was only a small child when his dad passed away. In this documentary, he shares his reflections to understand his hero’s loss with a series of letters.

After spending his childhood writing letters, hoping to lessen Ryan’s absence, Rayron talked about growing up as a Gracie, with the aggravation of being the only son of one of the most intense Gracie fighters of the time, about how he learned to love Jiu -Jitsu, his internal changes throughout the process and wrote another letter to his father, reflecting on the journey so far, aged 19 and now as an avid competitor in the purple belt.

The production also features historical images of Ryan Gracie in his golden age.

Check out the exciting documentary in English (with Portuguese subtitles) in the video below!