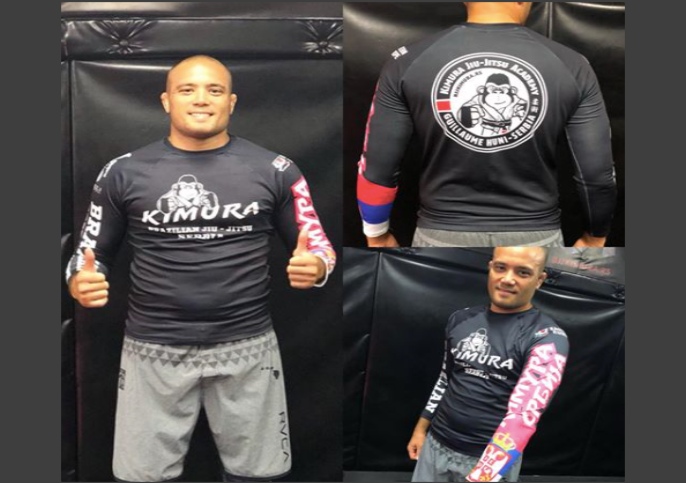 The rash guard and compression gear are a staple in no-gi grappling but it’s benefits of use with the gi is often debated. Someone people feel less restricted without a rash guard, and absolutely refuse to wear one while rolling in the gi. Many believe that the benefits of wearing a rash guard whenever you are rolling far out weigh the freedom you feel without it.

Each athlete wore his assigned garment continuously for 24 hours after performing a series of circuits that were used to imitate a rugby game. The garments were removed after the 24 hour recovery period, at which point each athlete performed a 40 meter repeated sprint test (10 sprints at 30 second intervals). This was then followed by a 3 kilometer run, 10 minutes later. A week later, the assigned groups were reversed, and testing was performed again.2

The results of the study revealed that when players wore the compressive garment their time in the 3 km run was slightly decreased, and their sprint times also improved. Additionally, the fatigue times were also reduced during the repeated sprint test when wearing the compressive garment. Another result that occurred when the compression garment was worn was that delayed onset muscle soreness (DOMS) was significantly lower. The mechanism behind the improved performance from the compression garments still remains unclear, but a theory is that wearing these garments post-exercise acts to increase blood flow, which may enhance arterial muscle blood flow and result in improved recovery.3

Now let’s look at rashguards in Jiu-Jitsu and determining the difference between a rashguard and a compression shirt.

There are several reasons why you can advocate the use of a rash guard under the gi.

Difference between a rashguard and a Compression shirt?

With that said, rash guards and compression shirts are not the same. In fact, all rash guards are not created equal. Typical compression shirts are made of 4 panels and are not designed for constant contact. As a result, the movements are restricted, and the shirt is more likely to ride up over your abdominal while rolling. Good rash guards are made from a minimum of 6 panels. The stitching is very durable and is built to resist sleeve pulls and stretching.

Unfortunately, IBJJF and Naga do not allow a rash guard under the gi for competitions.