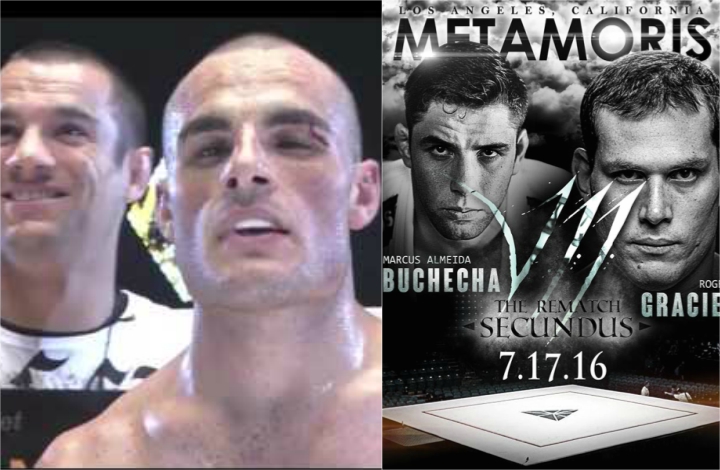 The professional grappling promotion, Metamoris, and most notably its founder Ralek Gracie has been under fire for the past few months for various reasons.

The main ones are:

Despite all the backlash, Metamoris has just announced a mega event for July 17th at the Ray Dolby Ballroom in Los Angeles! METAMORIS 7: GRACIE VS BUCHECHA 2 in hopes to be able to repay its debts and keep the company affloat.

Metamoris still owes Metamoris Challenger/Underground Competitors, and staff including AJ Agazarm owed 2,000$ and Marcel Goncalves from Florida. Goncalves won the Metamoris Challengers last November and was promised by Ralek Gracie to be paid the prize money of 10,000$ + travel expenses. There are many more athletes that have been waiting since last year to be paid.

Metamoris founder Ralek Gracie was on the Inside BJJ Podcast and discussed many issues in detail (1h30 mins episode).

During the podcast, Ralek explained in detail what happened with Metamoris. Metamoris 1 and 2 both cost 1 million dollars to produce. The main investor pulled out after Metamoris 2 because he didn’t want to cover any more losses and they had to regroup to build Metamoris 3. Ralek stated multiple times that he lacked business experience and that he made multiple mistakes.

The Royler Gracie vs Eddie Bravo match at Metamoris 3 was huge and at this point they were at break even. From Metamoris 4, the debts started to accumulate.

Metamoris 1 and 2, I was like an event organiser. My strength is leadership and brought people that are solid world class bjj athletes.

According to sources close to Metamoris, it is said that all debts amount to 200,000 $. When Ralek was asked if he would pay back all the competitors and staff, he answered:

Absolutely. I’m going to start fighting in MMA to pay these guys back. That’s how I’m serious I am about this. My dad, his level of integrity, people don’t even know about. My dad told me that I needed to call everybody that I owe. Where am I going to run? There is only forward.

Ralek has a 3-0 MMA record. He retired after a unanimous decision win against Kazushi Sakuraba in 2010.

When asked if his family could help him out to cover his debts. Ralek answered:

I’m not associated with the Gracie Academy. I’m on my own.

Listen to the episode: