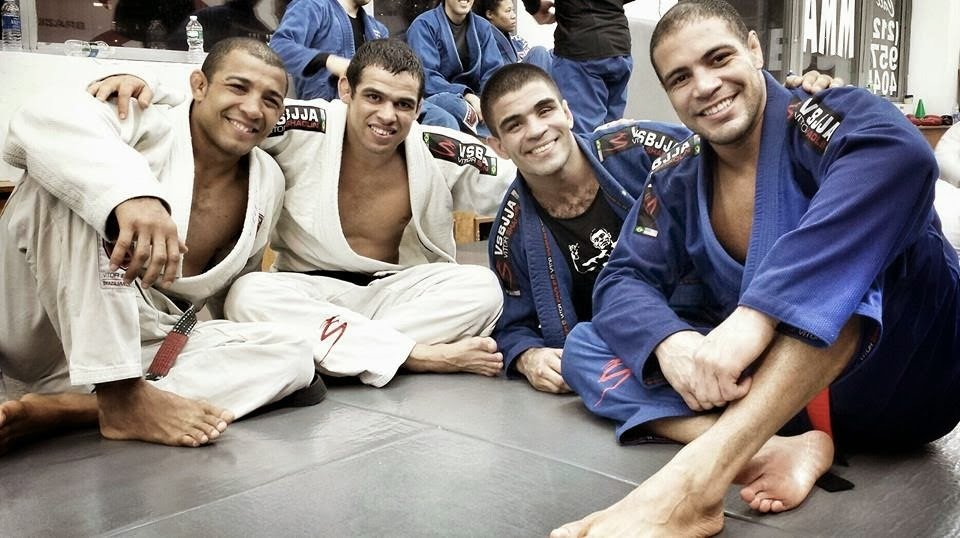 What is it about BJJ that gives practitioners such a feel good factor?

Dr. David Ley is a clinical psychologist in practice in Albuquerque, New Mexico. He earned his Bachelor’s degree in Philosophy from Ole Miss, and his Master’s and Doctoral degrees in clinical psychology from the University of New Mexico.  Dr. Ley  holds a brown belt in Brazilian Jiu Jitsu, studies BJJ at Gracie Barra New Mexico, and is on Twitter at @DrDavidLey.

Dr Ley analyzed the  Psychology of Brazilian Jiu Jitsu. Why has BJJ become so popular and inspires such dedication?

One of the things which distinguishes training in BJJ is the fact that from day one, the first time you step on the mat and attend an introductory class, you are grappling face to face, body to body, with other students. While drills and technique are critical to successful BJJ, from the first class, students must pit themselves against other students. This pragmatic strategy is core to the philosophy of BJJ, which attempts to apply these skills in real-world defense situations. From the beginning of training, students of BJJ learn to experience what these skills are like, used by, and against, people with varying degrees of skill, strength and technique.

It is the constant physical contact in BJJ which I think is one of the most powerful and influential experiences driving the BJJ experience. Many people today are starved for physical contact. It is a sad fact that many people go through each day, experiencing a few handshakes as perhaps their only experiences of touch from other people. Cuddle parties (link is external)and professional cuddlers (link is external) are tapping into this hunger. Without knowing it, students of BJJ offer each other a powerful, affirming, accepting and biologically-mediated experience, simply through the body-to-body contact that occurs throughout BJJ. Such contact triggers the release of neurochemicals in our brain and hormones throughout our body, which make us more aware, focused, and connected. Oxytocin is one hormone often called the “cuddle” or “empathy” hormone, which is released in the body during such physical contact. It is likely one reason why friendships develop so quickly and deeply amongst BJJ students. (I’m not saying that much cuddling really happens at BJJ. Brazilian jiu jitsu is the alpha male version of snuggling.)

But, this close physical contact occurs in the context of intense interpersonal competition, in a stylized struggle for survival, and a very real struggle for physical dominance. The nature of competition and survival triggers other intense psychological and physiological changes. In such situations, our brains and bodies react, preparing us to flee or fight, but also to be very alert. Norepinephrine, adrenaline and cortisol flood our bodies and synapses, decreasing our reaction times, increasing our heart rate and respiration, and enhancing our focus and awareness.

Mindfulness is a powerful modern concept of psychology borrowed from Eastern meditation, where people are encouraged to focus on the here and now, setting aside worries over past or future. In mindfulness exercises, patients are taught to attend to their surroundings, their sensations and their immediate experiences. This same level of immediate, focused alertness is a common, powerful effect of BJJ. Frankly, when you have a two-hundred pound opponent sitting on top of you and trying to choke you into unconsciousness, it is psychologically impossible to devote mental resources to worrying about the rent, school or work. In such situations, our brain recognizes a survival situation, and forces us to focus with intensity on our immediate experiences. BJJ is often the only thing that can get worries and frustrations off of my mind.