Pressure: This Is Why It Works In BJJ 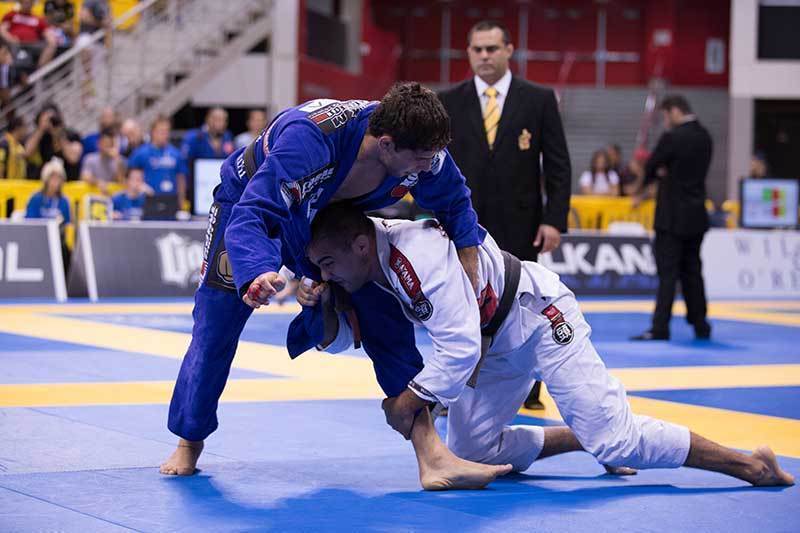 Pressure is one of the greatest tenets of  Brazilian Jiu-Jitsu. It emphasizes using your body weight to control your opponent, ensuring that he/she wouldn’t be able to escape or recover guard. One of the best ways to see pressure passing in action is by rolling with a BJJ black belt. You’ll see the different techniques he/she will use to add pressure as he/she passes your guard, maintains his/her position, secures a submission, as well as when to increase or decrease pressure.

When should you use pressure:

This is probably one of the most important times to use pressure in BJJ. Using pressure successfully would render your opponent’s guard useless and allow you to impose your game

After you’ve passed the guard, you should work to establish a dominant position (sidemount, back control, mount). The best way to do this is to use pressure, which would ensure that your opponent would be unable to escape and recover his/her guard.

When you have complete control over your opponent, you can transition to a submission. Using pressure while you set up your submission is essential, especially if you want to ensure a finish. A lack of pressure in securing a submission could lead to a failed submission attempt, forcing you to start from the beginning.

In Portuguese, side control is called cem kilos, or 100 kilos. Your opponent should feel as if you are very heavy, making it impossible for them to move/escape/attack. Good pressure should feel very overwhelming for your opponent, to the point where they feel claustrophobic because there is very little or no space for them to move.

2) Know when to deflect pressure

Applying pressure in BJJ could be tricky, especially if you’re up against a stronger opponent. Sometimes, all the pressure in the world won’t work against a strong frame or stiff arms. Multiple-time BJJ World Champion Saulo Ribeiro teaches the concept of “the wet blanket”, wherein you simply sag your body down, as it were lifeless, sinking into the areas around your opponent’s frame. Instead of fighting to get a dominant position, you simply redirect your pressure to save energy.

3) Know where to put pressure

This is perhaps the most important concept of them all. If you are passing the guard, you must put pressure on your opponent’s hips, immobilizing them so that they are unable to recover their guard. Keep your hips low (unless you are using a loose pass), stay on the balls of your feet, and keep your upper body as close to your opponent as possible. This allows you to drive forward and add more pressure. Once you’ve passed the guard, your goal is to have control over your opponent’s upper body.

Here are some methods you can use to establish control once you’ve passed the guard:

Cross-face – Also known as head and arm control, you must use your shoulder to drive and turn your opponent’s head to the other side, away from you. This makes it even more difficult for him or her to escape, especially since your shoulder is directly in between his or her neck and jaw.

Keep your opponent’s body flat on the ground — One way to do this is to grab the far side underhook. The flatter your opponent is, the more difficult it will be for him to escape.

Tripod — When you are in a tripod position, all the weight will be on the top half of your body. Use your shoulder to put pressure and try to put all your weight into your shoulder.