Precious Advice That Nobody Gives You When You Train BJJ 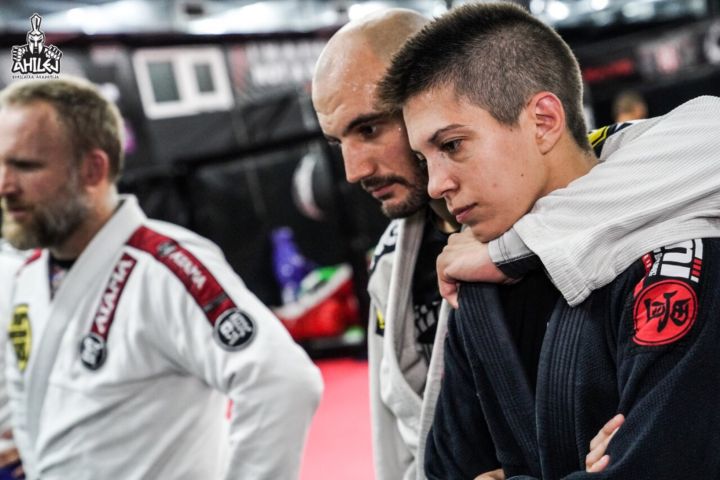 If you grapple long enough, you can’t help sounding like a know-it-all from time to time. When Prof. Martin Guggi invited me to share some words of wisdom, I thought long and hard on what to write about and finally stumbled over an excellent essay by Mary Schmich (published 1997, Chicago tribune) on which I shamelessly based the following opinion piece.

I took the liberty to change it a bit, so that it meets our sweaty requirements. You can find the link to the original essay at the end of the article, as well as a link to an acoustical version. (For all of you who are too lazy to read.)

Before we start there is one important matter at hand. Imagine Morgan Freeman… Got him? You see his countless freckles in front of your eyes? Good, now try to read the following article with his voice inside your head. Because everything sounds much more meaningful when Morgan Freeman narrates it. For a British version try Richard Attenborough.

If I could offer you only one tip for the future, wearing a mouthpiece would be it. The long-term benefits of mouthpieces have been proved by scientists and martial artists all over the world, whereas the rest of my advice has no basis more reliable than my own meandering experience. I will dispense this advice now.

Enjoy the light-heartedness of being a beginner. Oh, never mind. You will not understand it until it has faded. But trust me, in 20 years, you’ll look back at photos of yourself and recall in a way you can’t grasp now how many possibilities lay before you.

You are not as clumsy on the mat as you imagine.

Don’t worry about the future. Or choose to worry, but know that worrying is as effective as trying to defend a choke by holding your breath. The real troubles on your Jiu-Jitsu journey are going to be things that never crossed your worried mind, the kind of things that blindside you at 10 a.m. on competition day.

Do one thing every day that scares you.

Remember compliments you receive. Forget the insults. If you succeed in doing this, tell me how.

Don’t feel guilty if you don’t know what you want to achieve in Jiu. The most interesting grapplers I know didn’t know after 3 years of training where they were heading. Some of the most interesting black belts I know still don’t.

Get plenty of calcium. Be kind to your knees. You’ll miss them when they’re gone.

Enjoy your body. Use it every way you can. Don’t be afraid of it or of what other people think of it. It’s the greatest instrument you’ll ever own.

Move, even if you have nowhere to do it but your living room.

Do not read sports magazines. They will only make you feel lazy.

Get to know your instructors, but don’t idolize them. They know more about Jiu than you do, but they are not superior to you in other areas of life.

Be nice to your friends on the mat. They’re your best link to your past and the people most likely to stick with you in the future.

Understand that training partners come and go, but a precious few you should hold on to.

Accept certain inalienable truths: Prices will rise. Martial Art Stars will talk trash. You, too, will get old. And when you do, you’ll fantasize that when you were young, prices were reasonable, the stars of your time were noble and white belts respected their teachers.

Don’t let others mess too much with your ears or by the time you’re 40 they will look like semi-digested meat loafs.

Be careful whose advice you buy, but be patient with those who supply it. Advice is a form of nostalgia. Dispensing it is a way of fishing the past from the disposal, wiping it off, painting over the ugly parts and recycling it for more than it’s worth.

But trust me on the mouthpiece.

-Based on the following article: http://www.chicagotribune.com/news/columnists/chi-schmich-sunscreen-column-column.html

About the author: Bert lives in Vienna (Austria), and is a No Gi Bjj Blackbelt under Prof. Renato Migliaccio and Prof. Martin Guggi.