Powerful Concept For Beating A Better Grappler Than You 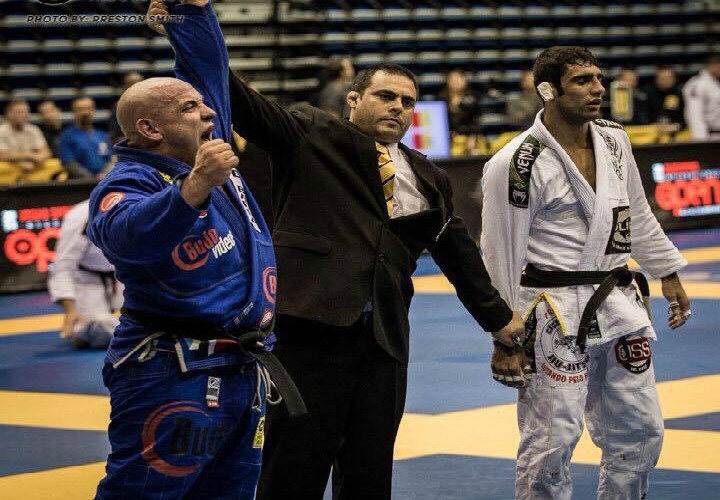 How do you beat someone bigger, better, and stronger than you? Is it even possible to win against an opponent who seems to have more advantages? While the obvious answer seems like “no”, never despair because there are ways to make the impossible possible.

The trick to surmounting almost impossible odds is to have an advantage that is uniquely your own. This can be a technical advantage — perhaps you’re excellent at playing spider guard, and maybe your opponent isn’t as skilled at passing it. Often jiujiteiros who are really good, will have blind spots of their own because they have been training at an academy that only focuses on a certain kind of guard pass. An opponent’s technical drawbacks, however small, could give you an important advantage to focus your energies on. Maybe your opponent is really bad at defending closed guard, because their academy doesn’t focus on that move. If so, this could be your big technical break.

A BJJ practitioner can gain much leverage over an opponent with higher endurance and certain physical attributes. Let’s assume your opponent is bigger, stronger, more explosive, and faster than you, but you are more flexible. There are loads of guards that heavily rely on flexibility, such as inverted and rubber guard. When I trained in the Bronx, the instructor, a brown belt, would catch every one of his opponents with his grips. Although he was a lightweight, the strength of his grips were so unbreakable and powerful, that I watched him laugh and almost “play around” when he rolled with heavyweights. He could control his opponent like a puppet with the strength of his grips, and put them in almost impossible positions.

Good endurance is also another major plus when dealing with a bigger, stronger, more skilled opponent. Although it’s not likely that you will take down this kind of opponent within the first couple of minutes of a match, it is likely that within the last stages of the fight you may catch them slipping up. You might not win in the first five minutes of sparring, or even the next ten, but the fifteen minute mark might be when you use your advantage to take your opponent down.

The bottom line is that you need to find one area — either technically or physically — that will set you apart from your opponent, and make sure the match goes in that direction. It’s not necessary to have a hardcore marathon runner’s endurance level, but just a little extra push when your opponent has reached their breaking point, is what might prove the defining factor in a bout.

It’s important to take a step back sometimes, and evaluate the pluses and minuses you bring to the mats. Something as simple as just having strong grips can become your entire BJJ game. Taking something you’re good at, and perfecting it, is what will set you apart from other opponents, and create your advantage in the fight.

However, if the other person you’re sparring with is just simply perfect at everything they do, then you might want to say a prayer, and hope they make an error somewhere along the line of the roll.

ADCC and IBJJF World Champ Claudio Calasans shows how to defeat bigger opponents by using wristlocks, closed guard attacks and leglocks in his Giant Killing available in convenient On Demand and DVD formats.  You can get it here at BJJ Fanatics! Use code ‘BJJEE’ to get 10% off!