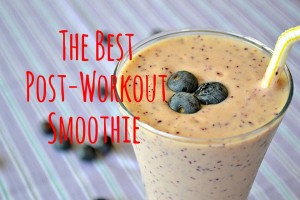 A training session is always taxing on your body and you a post workout drink or fruit can really help in muscle recovery. I don’t always have a protein shake after training but always have at least a banana or some fruits as soon as I get home. The easiest thing to make is a smoothie which is really a all in one drink which contains: fruits, glucose, protein. Usually protein powder, a banana, some oats and either fruit juice or water blended all together does the trick.

Joshua Wortman from  Breaking muscle wrote a good piece on the subject where subjects were tested with carb only or carb + protein,  but parameters such as strength were not taken into consideration. 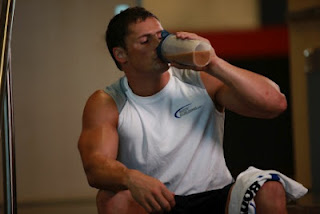 The study lasted a period of 8 weeks, and consisted of thirty-two healthy men. Each participant performed tests for aerobic capacity (Vo2peak), time-to-exhaustion (TTE) at 90% Vo2peak, body fat percentage, and fat-free mass. Cycle ergometry training was performed at 70% VO2peak, for 1 hour a day, 5 days a week. These assessments were performed at pre-testing, mid-testing (3 weeks), mid-testing (6 weeks), and post testing.

Although the test drink group indicated better results, there was not a substantial difference between the control and test drink groups across the board. Both groups saw a significant increase in VO2peak and total time to exhaustion. Although the test drink did not see a decrease in bodyweight, VO2peak, or time-to-exhaustion much more than the carb-only drink, it did distinctly improve body fat percentage and fat free mass within the first three to six weeks of supplementation. The carb-only repletion drink had little to no effect on body fat percentage or fat free mass.

Based on this study, and with the thought that glycogen repletion is important for increasing performance, there may be little added benefit to adding protein to the carbohydrate drink to improve endurance performance. This is contrary to popular belief that a protein source is also needed for optimal recovery, but it should be emphasized the study did not test different training protocols such as those that rely on strength and speed, which require a different form of muscular involvement.”