The Positive Side of Getting Crushed in Training 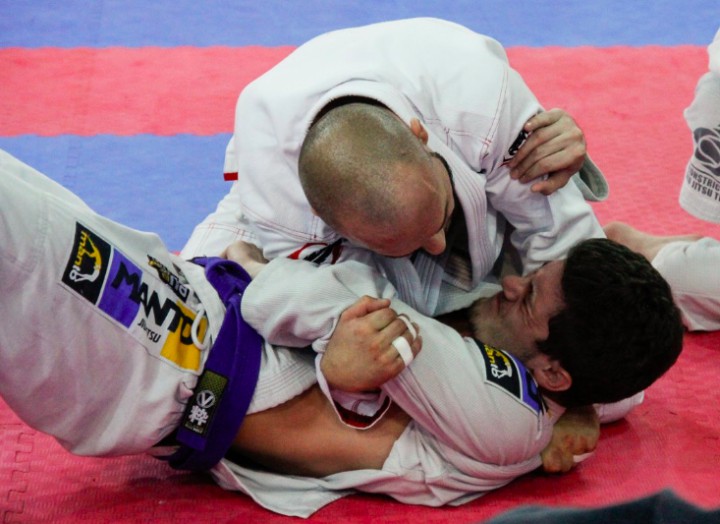 I have spent well over half of my Jiu-Jitsu career rolling in classes made up primarily of people with substantially less experience than me (I live in a small town). In theory, it’s a dream. When you’re rolling with white belts, it’s almost like a compliant drilling session. You can execute your techniques at will, and you’re only subjected to inferior positions when you decide it’s a good time to work on your defense and escapes. In practice though, it makes it much harder to improve your game. It certainly isn’t impossible. If you are thoughtful, and intentional enough, you can still find ways to expand your skillset and keep your defenses sharp, but it requires effort and focus. Much more effort and focus than is required if you have training partners who can force you to stay honest.

I believe that the most beneficial training partners will be ones that you are close enough in skill to, that in any giving rolling session, with both of you trying your best, either one of you may defeat the other one. This narrow window for success or failure will force you to constantly seek out marginal improvements in your technique and strategy in order to avoid being passed up. However, finding a training partner like that is extremely rare. Usually, your training partners will be people that are either noticeably better than you, or noticeably worse than you. As I said before, it is usually more fun to roll with people who are noticeably worse than you, but if you gave me a choice, I would always opt for the person who is better than me. Here’s a story to illustrate why.

A few months ago I had developed a habit of going for a particular turnover every time someone passed my guard. I would turtle, catching their arm as I turned down to my knees, and then I would flip them over my back. Worked like a charm every time, at least on white belts. I was out of town, training at another school, and I tried this move on another brown belt. As soon as I turned belly down, he dropped his hips to the mat, completely stifling my attempt to flip him over. Shortly thereafter he took my back and choked me. I had developed a fairly engrained habit on whitebelts, who lacked the knowledge and ability to punish it, and because of that had deficiencies in my execution, timing, and sensitivity. Had I been trying this move on brown belts the whole time, I would have abandoned it completely, come up with a better set up, or developed a better sense for when it would be the move to go for. Training partners that crush you all of the time will give you no quarter for sloppy technique. Through trial and error, you will be able to use them to find out what’s really working, what still needs work, and what needs to be discarded. If they’re nice enough, they’ll even be able to help you figure out what you need to work on.

Having skilled training partners will also force you to improve your defenses and escapes. It’s not the same experience you get when you intentionally let a white belt put you in an armbar so you can practice escaping. You will be put in bad situations, against your will, with no foresight about what was about to happen, and you will have to respond effectively if you want to survive. The value of defense cannot be overstated. There is a quote attributed to Helio Gracie that I am fond of: “If you do not lose, you can only win.” Confidence that you’ll be able to weather whatever your opponent throws at you is invaluable in jiu-jitsu. It gives you the freedom to attack with full commitment.

Finally, something that I miss the most about my days as a whitebelt, is that the better your training partners are, the less scary competition seems. When you’re used to scraping to survive against high ranks that are far more skilled than you, the prospect of fighting a few guys who have all been doing it for about the same amount of time as you sounds sort of like a vacation. No matter what, you can be confident that they won’t be as good as the guys you roll with on a regular basis.

So, don’t skip the rolls with the high ranks just because they make you feel kinda bad about your jiu-jitsu. Those are the rolls that are doing the most for your development as a grappler.