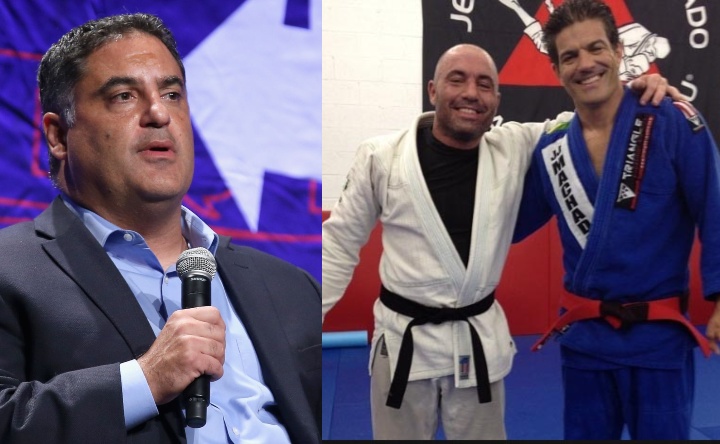 Political analyst & Young Turks host Cenk Uygur was trending on Twitter Friday after stating that he would “end” podcasting star and MMA specialist Joe Rogan if the two ever got into an argument.
Uygur has attacked Rogan many times for the libertarian opinions expressed on his Joe Rogan Experience podcast, which is currently the second most watched podcast in the world. These views include opposition to mandatory vaccinations and concerns that the US government may use Covid19 as an excuse to restrict people’s freedoms.

Uygur’s controversial comment came during the regular online exchange of insults that the Young Turks host had with fans of Rogan, who were upset by his criticism of the UFC podcaster, comedian and commentator.
At one point he wrote that he thought the “loser” was Rogan, who prefers to stay away from fights on the Internet.
He prompted one of the commenters to bet $ 1,000 that Uygur would not have the courage to repeat that insult when he came face to face with Rogan.

Uygur who has no combat sports training, agreed to the deal, confidently saying that it would be the “easiest $1,000 I ever made.”

“I’m much larger than Joe and I’ve fought my whole life. I’d end him,” Uygur said.

Deal. Easiest $1,000 I ever made. You think he’s going to assault me? Sure, whatever. That’s incredibly dumb. But also wouldn’t work. I’m much larger than Joe and I’ve fought my whole life. I’d end him. But grownups don’t do that. I’ll send you the PO Box to send check to later. https://t.co/vB2FeGgiKr

Joe Rogan has long been one of the most influential people in the bjj community and out of it. The 52 year old stand-up comedian, mixed martial arts color commentator, podcast host, and businessman is notorious for his intense work outs – after all he is a BJJ black belt both under Jean Jacques Machado and Eddie Bravo the 10th Planet system.

Rogan is 54 yeras old and 5ft 6 tall and a jacket 200lbs. Uygur is three years younger and just 1 inch taller and is heavier than Rogan but loks terribly out of shape and with no martial arts training whatsoever…

“I’m much bigger than Joe”

What do you thinks gonna happen when you’re dead exhausted and Joe isn’t even breaking a sweat yet?

What happens when you take one of those leg kicks? pic.twitter.com/Teva4TKUTa

In 2006, Joe Rogan was challenged to a grappling match by a MySpace challenger. This “keyboard warrior” was questioning his fighting ability & wanted to expose him…

Rogan, being the type of person that he is, actually agreed to the challenge and ragdolled the troll with a BJJ beating.

This video explains the techniques Rogan used and how he set them up:

3) Headlock Escape to Back (Self Defence)