How To Play Spider Guard Without Destroying Your Fingers 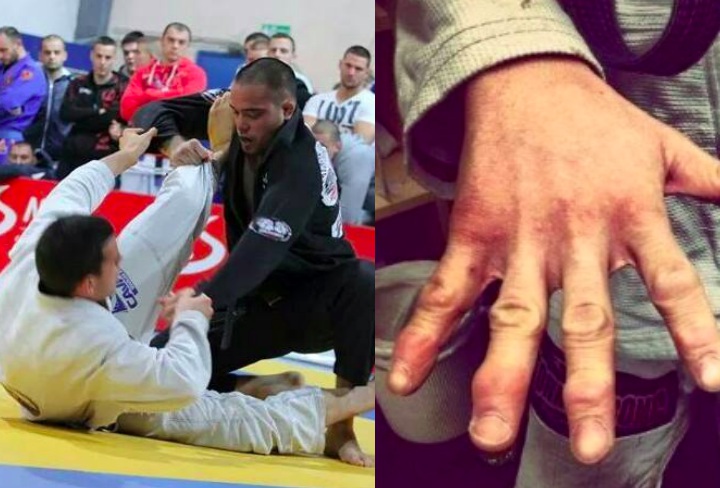 Finger pain is one of the realities Jiu Jitsu and most grappling practitioners face sooner or later, especially the ones that involve a kimono and thus the gripping aspect. It is that gripping that causes most of the damage.

If you decide to play Spider Guard / Lasso Guard or any other guard that is grip intensive, your fingers will pay the price sooner or later. Having thick fingers will delay the damage but you will still suffer finger pain, especially if you keep up with these guards. Paulo Miyao and Keenan Cornelius are only two of the elite competitors who acknowledged the pain they have in their fingers from the huge amount of grips. A solution to this is either to change your guard style or at least make sure you don’t do it everyday and give yourself a rest from it every now and then so your fingers get some time off but be prepared to pay the price if you keep it going.

If your game relies too much on Spider guard and your fingers are hurting from sleeve grips, then BJJ black belt Seymour Yang AKA Meerkatsu shares a few tips when playing spider guard, that might help…

Seymour is the head instructor of Borehamwood Brazilian Jiu Jitsu.