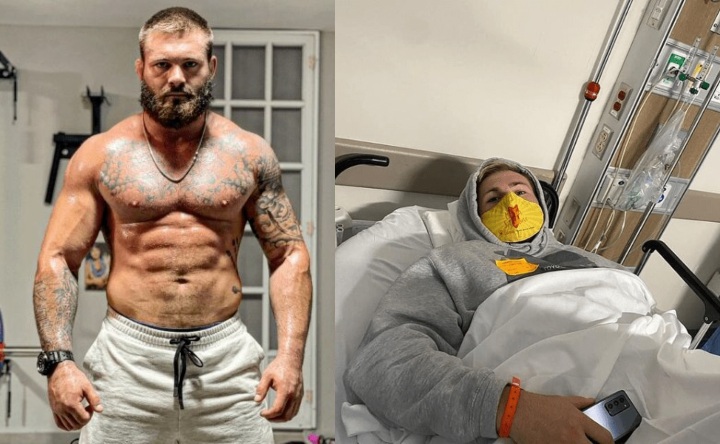 It’s been quite a while already since Gordon Ryan has been out of competition due to his stomach health problems. In his own words, he’s been trying to find the root cause to the issue for a long time; but doctors were unsuccessful in doing so. For years he’s been battling non-stop stomach nausea and an inability to eat… Which ultimately made him unable to compete.

However, the arguably best contemporary No Gi grappler seems to have finally had a stroke of luck. The doctors might’ve found what the issue behind his health problems is: antibiotics that he’s been using for staph.

I just visited with a doctor @mojassim80 recommended and he did the most thorough and advanced testing there is. I have a follow up call with him on Friday to discuss the results, but after a phone conference with my amazing people over at @ways2well, it seems pretty certain we have a rock solid diagnosis AND and solid treatment.
The cause of this was prolonged antibiotic use for staph infections.

I was caught in a vicious cycle where I would have staph and use antibiotics, they would kill the good bacteria in my stomach and bad bacteria and yeast started to overgrow. Naturally, my body tried to address that and fight that issue, making me more susceptible to infections, meaning more staph, meaning more antibiotics, meaning more damage to my stomach.
The issue is that I have a massive yeast and bacterial overgrowth so big that it is now starting to affect my kidney functions. Some of my levels were 50x what they were supposed to be. This back up in my small intestines is apparently what has been causing me to experience deathly nausea and inability to eat for the last 4 years, as well as mimicking symptoms of gastroperisis.

Once we can rebalance the micro biome in my stomach and replenish the bacteria needed to fight the yeast infection, I should be good to go. Fingers crossed we get it in order, which we should. For 4 years I had the best doctors in the country telling me I was fine, now I seem to finally have an answer.
This is the best possible news myself, my team, and my fans could have received, and the worst possible news for the competitors in this sport. Stay tuned 👑

Many Grappling fans have accused Ryan of taking steroids and claiming that the cause of his stomach were because of years of st*eroids.

Among the most interesting developments since 2017 has been quite literally the growth of Gordon Ryan. The young Danaher Death Squad senior member has changed tremendously over the past years.

While much of the spectators are skeptical he credits much of his transformation to his girlfriend model/body builder Nathalie Santoro.

Still hard work or no much of the community remains convinced this type of a transformation wasn’t all natural as evidenced by much of the discussions on all bjj forums live today.

Gordon himself was quite outspoken about the opposite being true in his interview to flograppling:

“Everyone at the highest levels for the most part is on something you know, like a our team is pretty much the only people who I think don’t use st*roids, to a certain degree.”

He also added that accusations on the internet don’t bother him: ” Most of the people talking are never gonna compete at the highest level of anything and I’ve accomplished more than most people talking sh*t anyway so it doesn’t really matter to me. 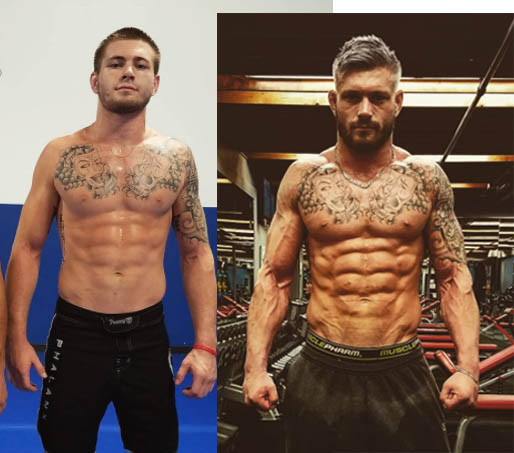 Popular youtuber & PED expert Derek from ‘more plates more dates” who has 975k followers made an interesting video analyzing Ryan’s transformation and wether or not he was juicing and is the supposed PED use was the cause of his stomach issues.

“I think that leaky gut is one of the things contributing to his stomach issues. I don’t think that it is a result of anadrol (PED) abuse. ”