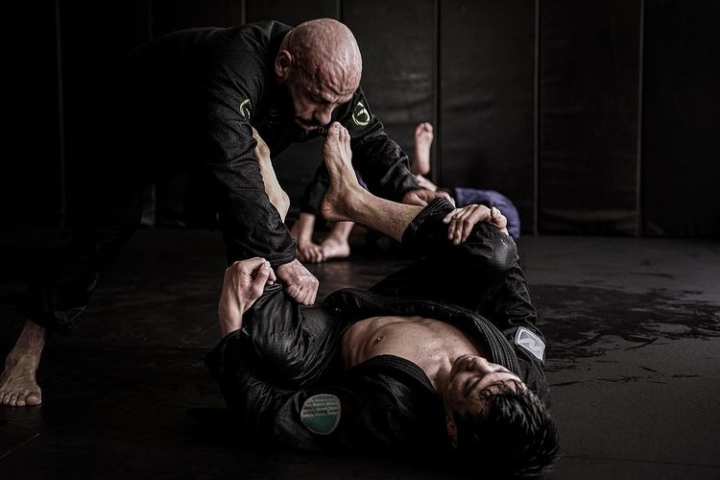 A lot in Jiu-Jitsu is about being patient. About not going for the move immediately, but to take time to prepare for it – and that’s where a lot of lower-ranked belts make mistakes.
Paulo Miyao has seen this over and over throughout his coaching career:

One of the things you least see in the lower ranks is patience. They always want to be attacking, moving, doing what they learned in class (or YouTube).
I don’t blame them, they always teach an attack or defense technique in classes, which means there’s always something to be done. Maybe they hear “patience”, but they don’t know exactly what it is.

Paulo goes on to explain that BJJ is much more about “no action” than it is about “action”. You’ll use this principle to prepare for your next move(s):

When I say no action, I mean “prepare for action”; not inertia.
Action is the movement manifested by the conditions created by non-action. You must then acquire patience, and know the right time when to do one and when to do the other.