Paulo Miyao on New Role as a BJJ Academy Instructor: ‘I Started To Enjoy Teaching’ 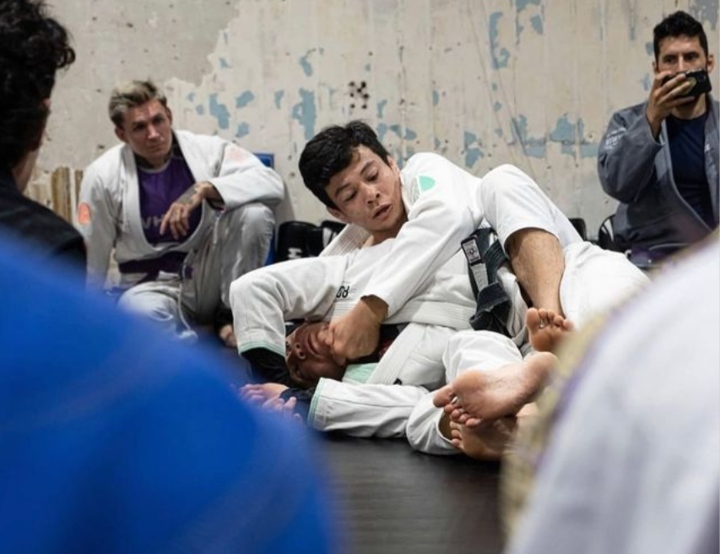 “The medals don’t mean anything and the glory doesn’t last. It’s all about your happiness.”

Carlos Gracie Jr famously said that it was more important to open your own BJJ academy than to want to be a champion at all costs.

What Gracie said can make sense.

When you are no longer the champion everyone forgets you very quickly: fans, sponsors, media…Take the example of 4x world champion Guilherme Mendes, who retired from Jiu-Jitsu at the age of 26 after having won many big titles but not won everything. Guilherme was amazing the crowds with his dominating performances but as time goes by, less and less people would have remembered him. He could have continued but he realized that the glory and fame that are associated with champions is short lived if you don’t have something more meaningful to build your legacy.

“Last year I won my 4th World title in the black belt division, the number that the IBJJF requires to make you eligible to enter the Jiu Jitsu Hall of Fame. My life has changed a lot and I feel very blessed to have the option to redirect my goals, dedicating myself to do something bigger than just competing.
It’s a new chapter in my life and to achieve my goals I’ll put the same effort that I’ve put to become the athlete that I am today. I want to lead my team, become the best I can be as a leader and professor, work to create the best athletes in the sport, keep innovating the art and build a team of champions that people have never seen before. Today, this is what drives me forward. I know that winning another gold medal would feel good for the moment, would make me proud of myself one more time, but I’m ready to do something bigger now and I know that I can do it.”

When we first start the art of Brazilian Jiu-Jitsu, most if not all of our goals revolve around our own self development. I want to learn this technique, I want to win this tournament, I want to be a world champion. But one day down the road, once most or all of your goals have been reached, things shift. Your purpose expands beyond yourself and your desire becomes about helping others reach their goals. This is a good thing.

When you open your own BJJ academy, you have the chance to help people grow with the values that BJJ or convey. The practitioner will remember for ever remember how much the academy, the instructor, the team, the discipline has helped them to grow.

When you teach others, not only do you pass your knowledge on, but your understanding of the material deepens. Adapting a technique to certain body styles, simplifying complex theories and tactics so that inexperienced students can comprehend and apply those lessons learned and even problem solving through the students sticking points all help your knowledge develop and mature.

The latest BJJ champion who has left BJJ competition is Paulo Miyao. The multiple times world champion has decided to move from being a full-time competitor to an instructor.

Paulo and his brother Joao have recently moved on from Unity BJJ and opened their own academy. They have been known for being extreme competitors ever since their lower belt days, having even been living, eating and sleeping on the mat in the past…

In this interview in Graciemag (in Portuguese) learn more about what led Paulo to make the switch, why he enjoys being a coach and what challenges he faces.

GRACIEMAG: In a recent post on your social networks, you taught that one of the most important goals in life – sports or not – is to be happy now, and not wait for happiness in the future. But isn’t living strategically just having your head on the future all the time?

PAULO MIYAO: Being happy now doesn’t mean not thinking about the future or living recklessly. It means living in an open way, being grateful for what you’ve achieved. This does not depend on whether what was planned or planned for your life worked out or not. In fact, what we’ve learned over time is that most of our plans don’t go exactly the way we want them to. However, we can still see blessings and great lessons in everything that goes wrong in our lives. We simply need to be attentive!

What strategy did you have in mind when you opened your BJJ academy, Studio 1908, in Brooklyn, the famous neighborhood of New York?

I believe that opening a school is not a good option for those athletes who do not enjoy teaching. Until a year ago, I didn’t have that pleasure and probably wouldn’t have open a school if it hadn’t changed in my mind. I think everything changed when I started teaching at a local gym, at the request of my friend Rich, the owner of that gym. At first, I even thought it was a little strange to be enjoying it so much – I thought it was because it was something new. But, over time, I liked it more and more! Today I can’t wait to have a space where I can gather all my students and friends.

Was opening the gym a huge challenge? Were there any unfortunate surprises?

Of course starting something from scratch will never be easy. Obstacles will always arise, this is called life (laughs). The important thing is to have a positive mindset and move forward. I was lucky that my Sponsor Braus gives me all the support I’m getting. Braus came to add up and I am very grateful to Renato [Nery], founder of the company. I believe that our partnership can only grow and generate beautiful results. Wait!