Oxygen Deficiency Training – How It Can Improve Your BJJ Conditioning 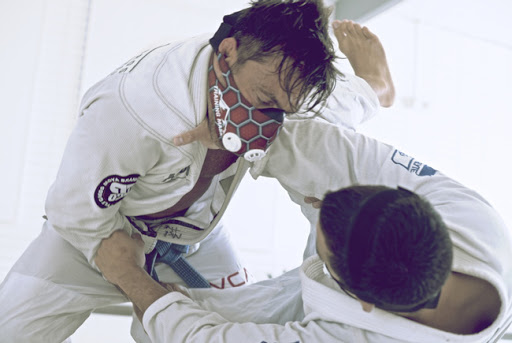 The COVID pandemic has changed a lot of things in everyday life, among them being the fact that you have to wear a mask wherever you go. This is true even for some of the BJJ academies in the world, where – either due to governmental regulations or because the coach wants the environment to be a bit safer – Jiujiteiros wear a mask during training.
Sure, rolling with a mask feels really lousy. However, did you know that you facilitate something called „oxygen deficiency training“ by drilling and rolling in this manner?

That’s right! And this type of training – with the mask or without it – has many potential benefits for your conditioning and overall health. Let’s take a brief look into it.

WHAT IN THE WORLD IS „OXYGEN DEFICIENCY TRAINING“?

Sounds like such a cool term, right? The other name for oxygen deficiency training is „hypoxic training“, and it represents training with reduced oxygen levels. This type of training has been used for decades in order to improve athletic performance, especially in the form of altitude training; training in higher altitudes where the „air is thinner“ is a common practice among professional athletes.
Additionally, you can also think back to Michael Phelps sleeping in a hyperbaric chamber, which simulated sleeping at 8,000 feet – and which aided his recovery.

So, what are some of the often-talked-about benefits of hypoxic training? While the scientific data gets conflicting in some cases, a lot of advantages have been emphasized by the athletes themselves. 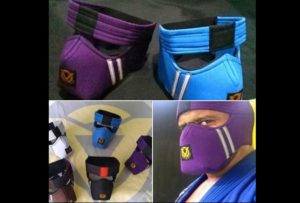 In more ways than one, oxygen deficiency training is basically a form of stress that you can readily use to improve your bodily adaptation. That is to say; when training with reduced oxygen levels, your body is placed under a heightened stimulus, which will heighten its performance rates.

It amplifies your lung’s capacity to absorb oxygen, both during training and after training alike. Furthermore, it stimulates the generation of red blood cells, which are present in blood and whose function is to – you’ve guessed it – transport oxygen. It also enhances the process of capillarization; the creation and development of capillaries, which enables greater oxygen delivery to your muscles, other tissues, and the brain as well.
With that, it’s also been shown to decrease the average heart rate and blood pressure; as well as to stimulate metabolism (thus making you lose fat more quickly). Plus, some say that it also increases the production of Human Growth Hormone… How cool is that!

HOW DO I APPROACH OXYGEN DEFICIENCY TRAINING?

If you want to take on hypoxic training in your BJJ, keep in mind that you don’t have to start rolling at a nearby mountain; nor do you have to be rich and buy a hyperbaric chamber. Any tool which decreases the amount of oxygen you can take with each breath is going to be beneficial.
For example, if you’re already training with masks on, that’s great! A decreased chance of getting the virus, together with improving your „lung capacity“ – sounds like a fantastic combination, doesn’t it? Plus, this proves that you don’t need to buy those expensive oxygen depletion masks that make you look like Bane from the „The Dark Knight Rises“ Batman movie. The cheap „doctor masks“ will work just as well.

You can also drill and roll by breathing through tight lips! An another variant that is used by runners is breathing through a straw, but don’t do that; it’s a safety hazard in Jiu-Jitsu.
And there is an important point: don’t push yourself too much with this method. Be on the watch-out for your health at all times.