Overwrap Uki Waza: One Of The BEST Sacrifice Throws For Jiu-Jitsu 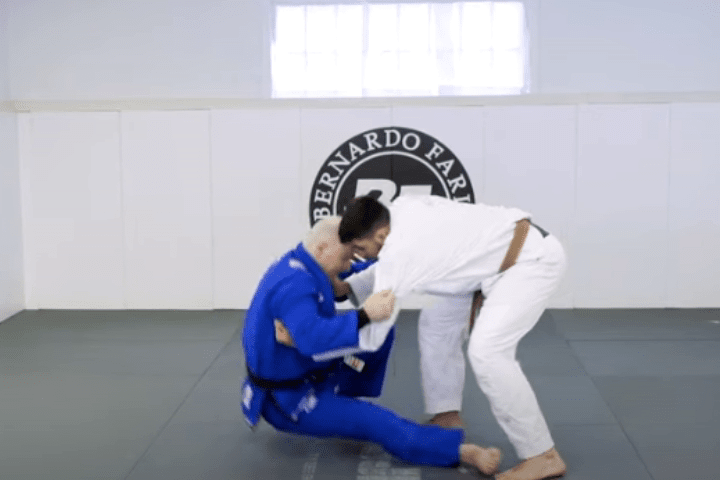 Takedowns and throws don’t come naturally to a lot of Jiujiteiros. To many, they are easier to learn in No Gi… But put them in a Gi scenario, and they’re unaware of what they’re supposed to do. Or, if they’re aware, they’re sort of scared to go for “regular” Judo throws.
A worthwhile substitute for these throws would be the sacrifice variants. In this video, John Danaher teaches how to do the Overwrap Uki Waza – one of the best sacrifice throws for Jiu-Jitsu.

UKI WAZA OR WHATEVER ELSE – IT’S ALL ABOUT THE GRIPS

Arguably the most important thing in Judo and in Brazilian Jiu-Jitsu are the grips. If you acquire dominant grips, ones that you can use to set up throws and takedowns – you’re headed in the right direction.
Similarly, if your grips aren’t positioned properly, your throw/takedown attempts will be countered and defended easily.

And that’s exactly the point with the Uki Waza that Danaher demonstrates. He emphasizes that you’ll establish an overwrap grip on your training partner’s sleeve. For, if that grip is left on their collar, once you go for the Uki Waza – they’ll be able to post with their arm. And you won’t get the takedown.
So, to prevent that from happening, you’re supposed to get that overwrap grip immediately. In that fashion, they won’t be able to post anymore.

Watch Danaher explain this technique on the video below: