How To Overcome A Faster Grappler 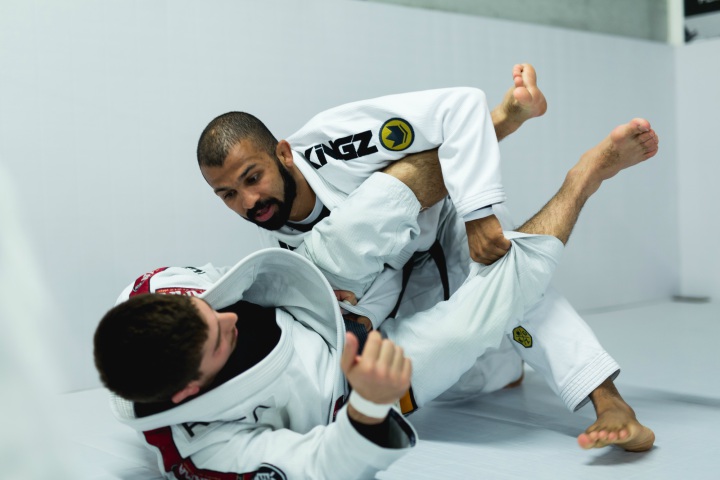 It would be ideal if we all were big, fast, strong, flexible, agile, and technical, but the reality is we usually lack one or more of these attributes and or our opponent is better equipped then us in one or more of these qualities. The good news is that with proper tactics and technique we can usually overcome these obstacles.

One of the hardest opponents to deal with are the ones that are faster then you. You can’t keep up with their transitions, they scramble out of your submissions before you can fully lock them on and their submissions are slapped on you so quickly you almost have no time to react. There is no good feeling when those things happen to you. Especially if you have size, technique or strength on them, it becomes very frustrating.

The first thing that you have to adjust to is not trying to deal with their speed head on. They will always beat you to the punch, so instead of trying to scramble with them, figure out where they want to put you and allow them to lead the dance and be ready at the destination before they have even settled there. A perfect example of this concept would be them doing a knee slice pass from your open guard. Once they have your guard open and begin passing, often times trying to scramble guard recovery plays right into their favor. They adjust quicker then you and they end up getting side control. Now, if as they start to pass you realize the guard is lost and you know they want your side, effortlessly slide your far arm in for an under hook and get on your side. The faster they move the quicker you take their back by slipping with the under hook right past them. 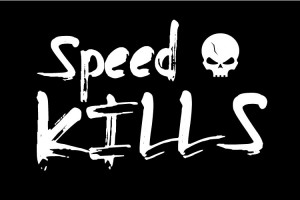 Another important tactic against a faster opponent is to take away their ability to move at all. This sounds simple and easy, and in a way it is. This is not the type of opponent to give any space to. All movements and positions need to be pressure focused. Lets use mount this time. If you have tight hooks in low top mount against your faster opponent and you go for an arm bar, that might be the prison break opportunity they were waiting for. Especially since the faster guys are usually the smaller ones who need less space. So instead use a submission that requires little to no positional movement or adjustment. I think an Americana would fit the bill perfect here.

The last strategy I would give is to slow down your own game and increase the body control you have on your opponent. Bruce Lee was a huge proponent of changing fight tempo on your opponent. By slowing down your own game when you are in control you take away their best ally, speed. There are a handful of ways to make this happen. When your in side control, keep them flat, keep control of under hooks and keep pressure on them, not on the mats. Let them sit there for a bit and get uncomfortable. This is not the time to pop into knee on belly and give them that needed space. Also if you are going to mount, you need to do it in a controlling way. Instead of just knee sliding or leg lifting over, make sure you push both of their knees down towards or away from you. It takes away their ability to move freely. If your in bottom guard, arm wrap him and control his posture. Just be patient and watch how the control, pressure and change of fight tempo throws off their game and creates opportunity for you to capitalize on.

There are many things that make Brazilian Jiu-Jitsu one of the most effective fighting styles in the world, but one aspect that really separates us is that we fight, spar, drill and roll against all body types and fighting styles. You don’t see 135 pound boxers competing against 250 pound boxers, but in BJJ we do step up and go against those odds. It’s the challenges with each weight class and dealing with the opponents attributes and styles that demands us to adapt and grow our arsenal to take on all comers.