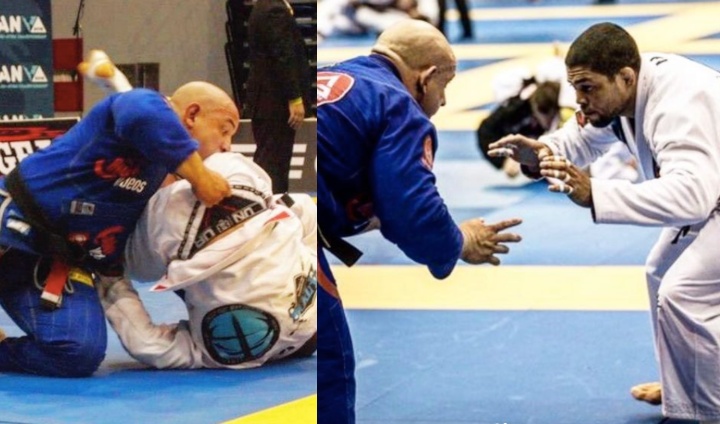 Gordon Ryan confronted Andre Galvao at WNO last weekend. The two have being going at it for years. Ryan wants to face Galvao but Galvao, who announced his retirement 2 years ago, wants 1 million dollars to compete. According to Ryan, he went to shake Galvao’s hand backstage but Galvao flipped him off. Galvao then confronted Ryan while he was conducting an inerview. Galvao got into his face and shoved. Ryan responded by slapping him twice on the face. Galvao didn’t respond violently.

Galvao waited a few days before making a statement. He talked about why he didn’t react to the slaps. He also said he shouldn’t have talked trash to Gordon and he was wrong for doing so. He also said that he forgives Gordon. He talked about God and being a better man. He ended the statement by announcing a flash sale on his website.. 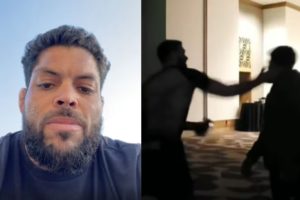 ADCC champion Orlando Sanchez aka The Cuban has been going at Andre Galvao for the past week every since the Gordon Ryan slap happened.

Sanchez commented on Galvao’s apology on IG and stated

“SUCH BULLL DONT FORGET TO MENTION THE REAL REASON FOR HIS IG LIVE FLOGRAPPLING. HE ACTUALLY PLUGGED HIS WEBSITE FOR A 50% OFF” 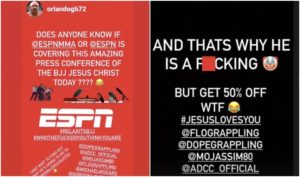 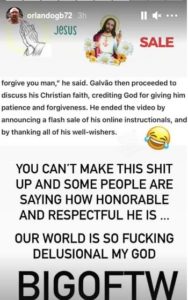 He also posted about the controversial match he lost to Galvao at the Pan’s by ref decision.