Opponent In Turtle? Choke Them Out With This Simple Technique 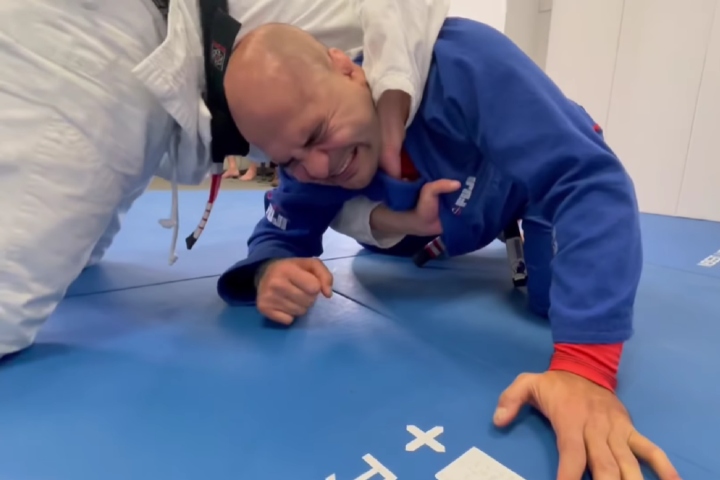 The Turtle position in Brazilian Jiu-Jitsu is nowhere as greatly explored as other positions are. That is to say: there are a number of possibilities when your opponent turtles up, both for positional advantage and for submissions… But the matter of the fact is that you probably haven’t spent a lot of time experimenting with it.
If that’s the case, then you should probably learn this choke, as it’s demonstrated by Professor Henry Akins. It’s so simple – and so effective – that it’ll make your mind explode.

Here’s how to do it.

SIMPLE CHOKE WHEN OPPONENT IS IN A TURTLE

Pay attention to how this choke resembles a Cross Collar Choke, as well as to where Professor Akins positions his wrist once he grabs the collar.
Watch the video below to see the choke in action. And start practicing it as soon as possible!