Opponent Frames in Side Control? Go For The Knee On Belly 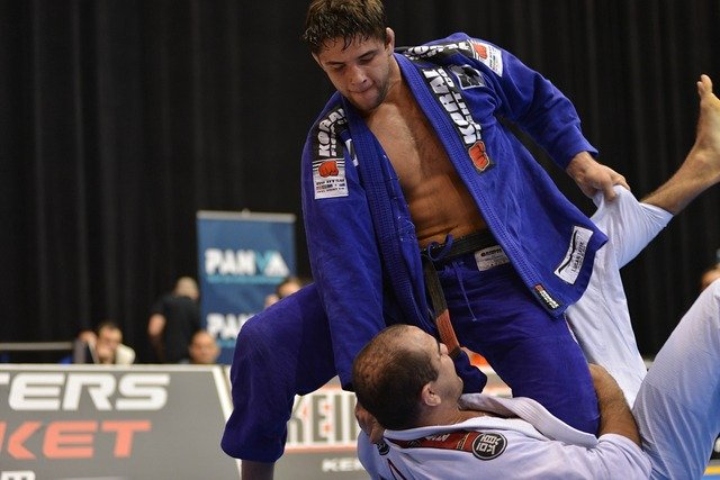 How often have you found yourself in a situation where you finally pass the opponent’s guard, and you start going for the Side Control… Only to find yourself immobilized by their frames? That is: they push with their arms with all their might, not letting you go any higher on them nor any lower either.
What are you supposed to do in this situation? Well, you can go for the Knee On Belly; Bernardo Faria explains how to do it, as he learned from Rafael Lovato Jr.

KNEE ON BELLY TRANSITION FROM SIDE CONTROL

As your opponent frames against you, you can’t do two of the most intuitive things; you can’t go into them (if you do, they’ll insert their knee) and you can’t go away from them (they’ll create distance and re-guard). However, you can’t go for the Knee On Belly immediately either, as they’ll stop you from doing so with their knee, too.

So, what’s the solution? The solution is to scoot your buttocks/hips into the opponent’s hips. Now, you won’t do this just in a backward-manner, but you’ll elevate your hips in the process as well.
When you do this, you stop the opponent’s ability to insert their knees in-between you and themselves. Because of that, you’ll be able to establish your Knee On Belly position and go for submissions from there!

Watch how to do it in more detail on the video below: