Opinion: Why Co-Ed Classes Are The Best Way For Women To Improve in Jiu-Jitsu 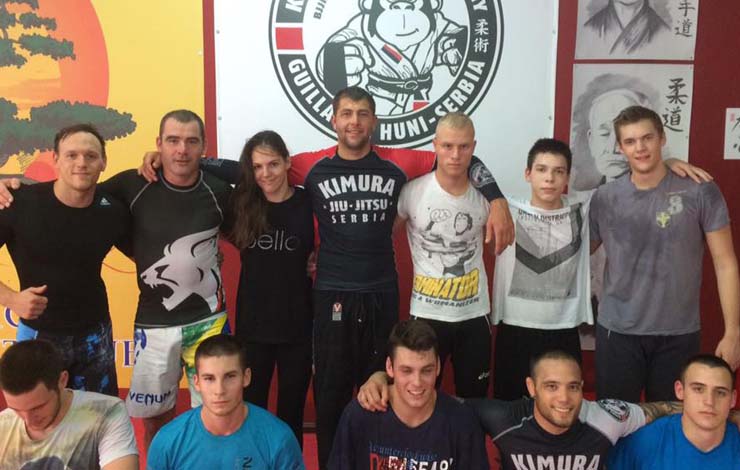 Being a member of a gym in Eastern Europe you get to wondering often what it would be like to be able to practice with more females, or just a smaller number of ginormous men really.

In the modern age of the sport the often forgotten maxim of jiu-jitsu is that Technique trumps size. And really with the ever emerging number of categories and some organizations such as the UAEJJF going so far as to limit weights and remove the absolute division we get the impression that it’s ok to fine tune the environment to our needs.

How often have you started a roll by asking someone who much they weigh? How about how long have they trained?

Somehow the softening of the environment is allowing for these types of questions. And this type of thinking can allow for the idea of technique just not working to brew in your mind. In the modern age it seems quite the unpopular to just stick to basics and cement them in your core so they work regardless of the size differences. But the truth of the matter is just that. The grind is sometimes all there is.

So when looking at female only classes (or male only for that matter) and interesting dilemma arises do we allow ourselves this treat at the expense of the growth – to know what we’re walking into. Because bjj is really all about being in control in unexpected situations. Allowing ourselves to be challenged, challenged by knowledge, strength, stamina and by circumstances.

As a female I can proudly say I’ve done all of this. Had I been able to opt out to a women’s only class I question how much of this would be true and how much of my confidence would be based on false assumptions. It’s kind of a similar dilemma to that proposed by the technical blue belt conundrum. Can you ever really have a described skill level if you haven’t been able or willing to test it out?

If you ask any female that’s done bjj over a substantial amount of hours do they look forward to rolling with new white belts you’ll get an unequivocal answer – no. However it is sometimes necessary or handy.

Then you hear things like bjj is for everyone. And sure enough anyone can do it – that part is not hard to agree with but not everyone has neither the will power nor the determination to suffer through the grind. This isn’t even a matter of genders or gender roles. The drop out rate in bjj classes is a widely known fact. There’s no need to stick it up for those who don’t really enjoy – not when there’s so many other options that might be better well suited to their needs.

All this being said there’s still an apparent need for sparring with members of both sexes. Regardless of the reason you are practicing bjj it’s always good to diversify. And while a man might be able to be a test of more brute strength in addition to other attributes a good female sparring partner can help you deal with things like elasticity, flexibility and well perfecting your pressure on a much smaller surface.

In those terms it’s always great to have variety- so while a female only class might be welcome for some occasions and even competition prep there are many more things to gain from a variety and being able to branch out way out of your comfort zone.