Opinion: Should You Accept A Belt Promotion From Another BJJ Instructor? 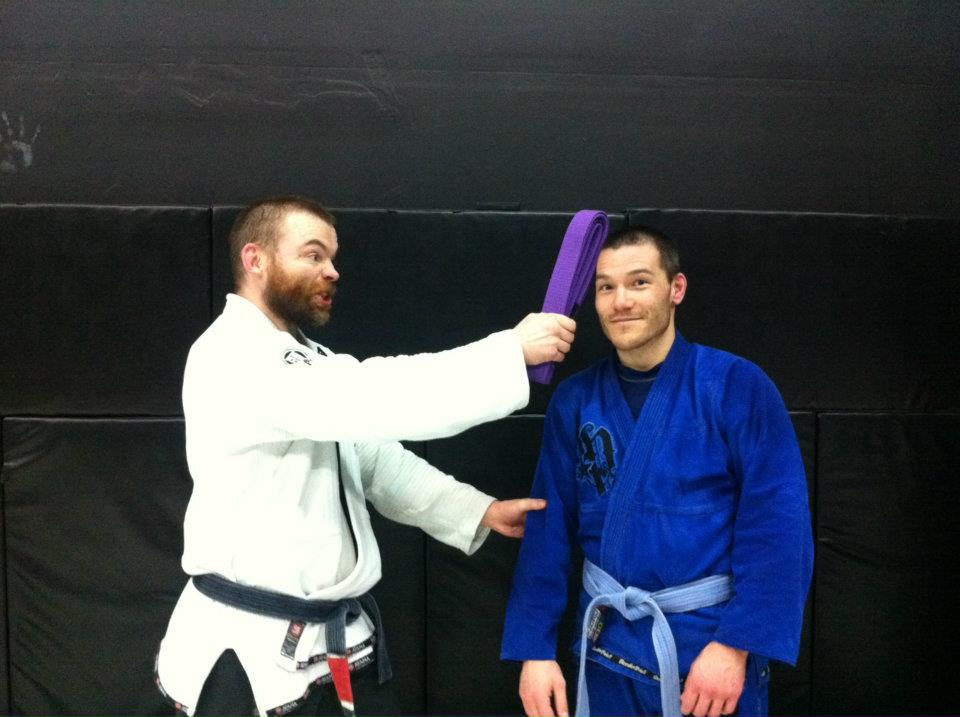 Respect and friendships are really important in Brazilian Jiu-Jitsu. So important, in fact, that rarely anyone would stay persistent enough in BJJ, if he wasn’t surrounded with friendly and respectful people; their teammates and their instructor alike.
So, what if you could be promoted to your next belt… Not by your own instructor himself, however – but by someone else?

Let’s consider two most frequent situations, and see if you should accept a belt promotion from an instructor who isn’t your own.

YOUR COACH ISN’T A BLACK BELT

A lot of BJJ academies around the world have a coach who isn’t a black belt. Brown, purple – even blue belts – teach Jiu-Jitsu, because the area (or the team itself) doesn’t have a more senior belt to offer.
And that’s amazing! Just because someone’s a purple belt doesn’t mean that they can’t teach at a Black Belt level. However, a problem could appear when you reach a belt level just below (or on the same level as) theirs.

Let’s say that your coach is a brown belt, and that you’re a purple. A lot of coaches won’t feel easy with promoting you to the same belt level as they are, but some will… However, if both you and your coach are brown belts – well, he won’t really be able to promote you!
So, what should you do in this scenario? Should you look for someone else in order to get promoted?

If you’re a part of a larger BJJ academy affiliation and there’s a head instructor within it, then that may be the right choice for you. But ask your coach first, just to make sure that he’s okay with it.
Even though your coach is most probably on good terms with that head instructor, it’s a good idea to show respect.
In the end of ends, no matter how good that head instructor may be and no matter if he can promote you or not… It’s your coach who is investing his time into teaching you. Show appreciation for that.

YOU’VE BEEN CROSS-TRAINING IN AN ANOTHER ACADEMY

The second most frequent reason is because you’ve been training in two (or more) academies at the same time. Not just your own – be it because you’re looking to maximize your training time or, for example, because you’ve been abroad for quite a while.
If you’ve demonstrated being quite advanced for your current belt level, then there’s a high possibility that the instructor at that other academy will approach you with a possibility of belt promotion.

Should you accept it? Probably not. It’s the instructor at your own, home academy, who should promote you in the end; not someone else, who hasn’t invested the same time and energy as your instructor did.
Would it be good to get that promotion? Heck yeah it would. But would you feel lousy after getting it and having to roll with your home academy instructor? More than likely, yeah.

TALK WITH YOUR INSTRUCTOR

Bottom line is: communicate with your instructor. If the (lack) of belt promotion is bothering you for whatever reason, you should definitely talk to him – ask what could be done and under which circumstances.
Chances are that your instructor isn’t withholding the promotion because he hates you or whatever similar. He has his reasons, and it’s paramount that the communication between you and him is clear.

Study and Master The Triangle With Timeless Techniques and Strategies From One of BJJ’s Most Influential Figures, Karel “Silver Fox” Pravec!