Opinion: Chasing Stripes On Your Belt In BJJ Is Wrong 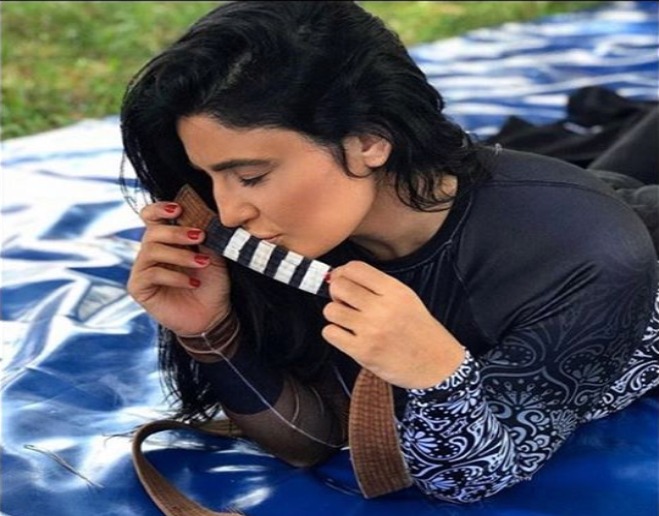 So you’ve just earned your first stripe? Congratulations! Be it the first stripe on your white belt or on your brown belt, that’s a huge accomplishment, and you should feel proud of it.
However, as proud of it as you may be, stripes still aren’t something you should chase! Here are a couple of reasons why.

WHAT IF YOU DON’T GET A STRIPE?

The biggest problem with stripes is when you think you’ve deserved one… And you don’t get it!

If you’re gauging your motivation and love for BJJ through the number of stripes you have on your belt, you’re not going to have a good time. Discouragement that’s often felt by Jiujiteiros who weren’t „stripe-promoted“ can feel extremely burdensome.
As a by-product, chasing stripes could end with you feeling absolutely demotivated, thinking that you’re not getting better at all; or that you’re not getting what you deserve!

STRIPES DEPEND ON YOUR INSTRUCTOR

In case you haven’t noticed, stripes don’t magically appear on your belt. It’s your instructor who puts them on… It is him who decides if you’re going to receive your stripe or not.

In other words, every instructor has his own criteria for giving or not giving stripes to a student. What’s more, this criteria doesn’t even have to be clear inside the instructor’s mind; they could just give out stripes whenever and however they feel like!
So, if you give stripes too much power, you’re giving your instructor too much power over your motivation for Jiu-Jitsu. And, as great as he may be, your instructor is still human. He’ll make mistakes and miscalculations.

Chasing stripes gives too much control to both stripes and the instructor that’s giving them. Preferably, you’d like your drive for grappling to be a bit more self-sufficient than that.

If you’re a goal-oriented person, chasing stripes seems like a no-brainer. They represent a specific, clear, and measurable goal that you can hunt down. However, due to the previously mentioned depends-on-instructor-problem, you’re going to be better off by setting other goals.
More importantly, these goals need to point towards your actual progress on the mats.

Begin setting objectives such as tapping out your training partners with a Heel Hook for the count of X times per training. Or to medal in 2 out of the following 5 tournaments.
Whatever the goal, make sure that it’s tied with your performance.

Stripes are arbitrary. Your submission and escape success rate isn’t.

WOULD YOU TRAIN IF THERE WERE NO STRIPES AND BELTS?

Why did you start training Brazilian Jiu-Jitsu? Why are you training it right now? Could it be that you began training just because you wanted to get the black belt… And that you’re training just to get your next stripe?
Quite unlikely. Your initial motivation was probably something along the lines of „losing weight“, „learning how to defend yourself“, or „try out Jiu-Jitsu“ because you thought it was cool. And as for your present-day motivation… Perhaps you’d like to take a deeper look into it.

Getting promoted to your next belt or getting a stripe is cool, but it shouldn’t be the source of your motivation. It shouldn’t be something to chase. The thing that propels you towards Jiu-Jitsu has to run deeper than stripes and belts.
And what could that be? Only you can find out. Therefore, sit down, take a notebook, and start writing down your thoughts about BJJ. You will find out why you train, quite quickly.