Opinion: BJJ White Belts Shouldn’t Have Their Own “Style” 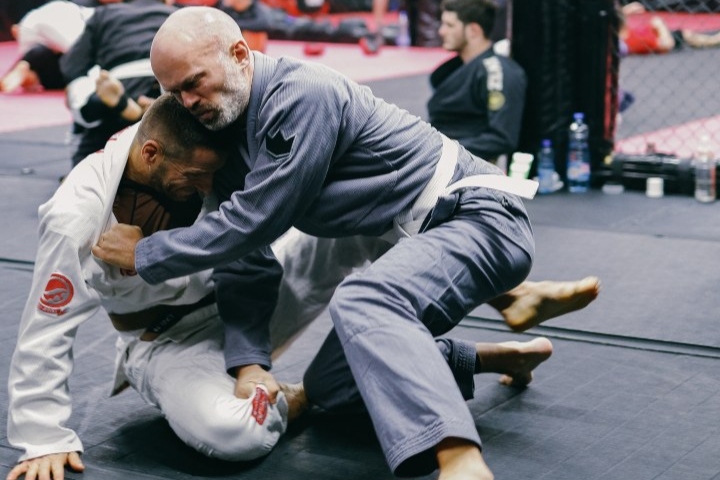 Being a BJJ white belt is a stressful period in one’s Jiu-Jitsu life. It’s full of failures, doubts about whether or not you’re really “cut out” for this martial art… And if you should keep training. However, if you persevere and keep going, you’ll find out that being a white belt is fantastic as well; that feeling of finally being able to execute a technique is like none other. And you’ll become hooked to it.
But here’s the thing. Even if you’re infatuated with Brazilian Jiu-Jitsu right now, that still doesn’t mean that you should try and develop a “style”. You shouldn’t try and develop your own BJJ game just yet.

Kama Jiu-Jitsu‘s Professor Ryan Young explains why this is the case.

BJJ WHITE BELTS SHOULDN’T HAVE THEIR OWN STYLE

It’s simple, really… Let’s say that you just began playing chess. And you wanted to develop your own style, your own game – even though you barely know how the pieces move on the chessboard. Now, wouldn’t that be ludicrous?
Of course it would. It makes no sense! For, how are you supposed to figure out your own game if you don’t know how the “overall game” works in and of itself?

Trying to figure out and then develop your own style as a BJJ white belt is the same thing. You should not be doing this until you have been exposed to all general techniques and positions of the Gentle Art – and until you’ve spent a fair share of time drilling and using them.
Professor Ryan Young explains more on the video below: