Opening The Closed Guard In No Gi Isn’t Easy, But This One Option Works Every Time 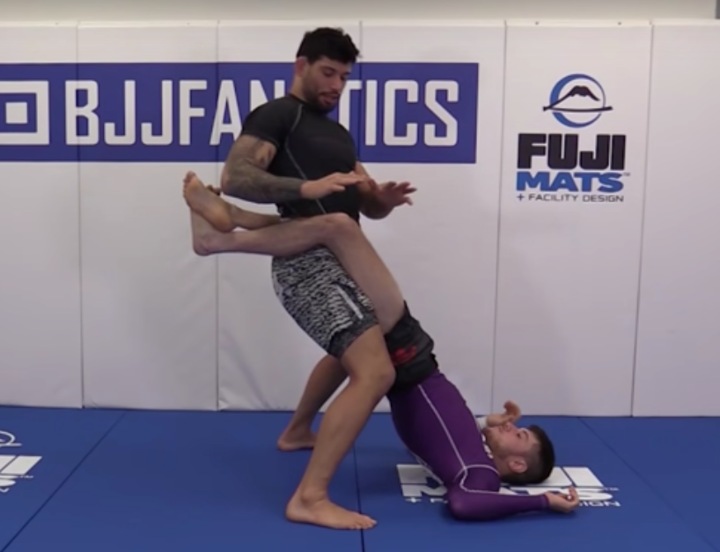 As you might have noticed, opening the Closed Guard in No Gi is super tricky business… Or, at the very least – a lot of times, it is much more difficult to do than it is the case in the Gi. But, fear not! There are great ways to both open your opponent’s Closed Guard in No Gi and then to immediately pass it with ease.
Matheus Diniz, one of the most decorated black belts under Marcelo Garcia, has exactly that sort of a solution: a simple and effective Closed Guard Pass, one that will be of tremendous help in your guard-opening conquests.

Matheus starts by pointing out that the first thing you need to pay careful attention to is your posture. To maintain good posture, he demonstrates how he keeps his knees opened up; but just for a bit. He doesn’t want them to be too narrow nor too wide – but somewhere in-between.
He also emphasizes that your hands always need to be planted on your opponent. This will prevent your opponents from coming up and/or pulling you towards themselves and breaking your posture, imposing their own attacking game. So, to counter that, Matheus shows how his palms are always planted and pushing on either his training partner’s hips, ribs or biceps.

STAND UP AND KEEP YOUR HANDS PLANTED

Matheus continues to explain that when you’re breaking someone’s Closed Guard, that it is his personal opinion that you should stand up. In other words, he believes that you cannot really open it if you stay on your knees, as your opponent has way more leverage than you do in that position.
Therefore, holding his training partner’s biceps – and doing so by actively rolling them back with his palms – Matheus proceeds to stand up. He does so by first shifting his hips a little bit farther away; and then by either stepping with one leg, following with another – or by hopping on both of his legs at the same time.

From there, he shows that you start opening your opponent’s guard, doing it by pressing down on one of their knees with both of your palms, sliding it down your own leg.
Once his training partner’s knee is pushed down below Matheus’s own knee, Matheus shifts and drives all of his weight towards it. This is done with a goal of bringing his partner’s knee to the mat. Pay attention that as he does this, he also simultaneously reaches for his training partner’s head with one, and with his other hand for the underhook on the other side.

As Matheus drops down, reaching for the underhook and behind the head, his heel comes up towards his backside – while he, at the same time, swiftly brings his other leg’s knee to his training partner’s hip… And he gets the pass!
Then, he connects his hands using a cable grip behind his partner’s shoulder blade, in order to solidify the position.

To end his demonstration, Matheus emphasizes an important point to watch out for when passing someone’s guard and finishing it in Side Control. He says that you want to pay special attention to blocking your opponent’s hip in order to stop their attempts of bridging and recovering their guard.
In order to do so, Matheus reminds everyone to go hip to hip with their opponents, and to then further reinforce this position by pulling their opponent in towards themselves.

Matheus demonstrates this effective, yet simple, Closed Guard Pass in great fashion. Watch him do so on the video below!

No Gi Power Passing gives you the strategies to avoid the sweep and secure the pass. Learn how to be a Passing Powerhouse like Matheus by using his Power Passing System! 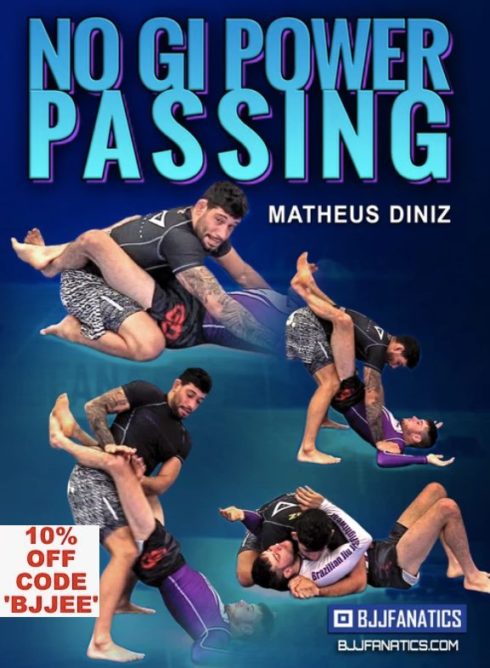