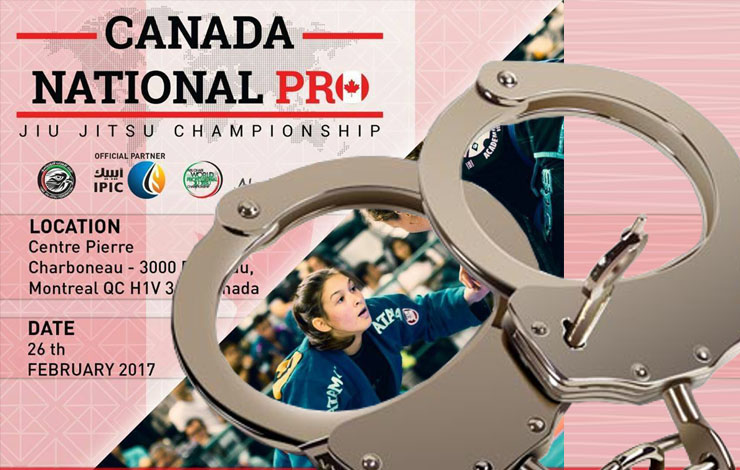 Some startling news are coming from Ontario, Canada. You might remember earlier this month Firas Zahabi explained how the ban of bjj in Montreal came to be:

It appears as though 2 competing organization where each trying to sic the police on the other one ultimately causing a ban that’s bound to set back the grappling community of Montreal – but not if Firas Zahabi can help it.

Earlier this month Ontario passed Order in Council 1087-2017 designating exactly which amateur sports are legal and how they are to be governed in the Province.

In short, Ontario designated that the following amateur combative sports are legal (notably Mixed Martial Arts is not on the list):

Interestingly MMA is not on the list?! To legally hold a competition in these sports a permission needs to be obtained from the “Provincial Sport Organization recognized by the Ministry of Tourism, Culture and Sport pursuant to its Sport Recognition Policy for the amateur sport“.

But there’s one more catch – BJJ and Grappling do not have a Provincial Sport Organization designated to govern these sports actively rendering competition criminal.

This puts a big question mark on competing in bjj as of July 1st your choices in the Ontario are will be to not compete in the sport or to risk criminal prosecution.

It’s unclear at this time if this will extend in any way to Firas Zahabi’s grappling league which is streamed via youtube and doesn’t have the traditional marking of the competition as it’s awarded in bitcoin which is not a currency under Canadian law.